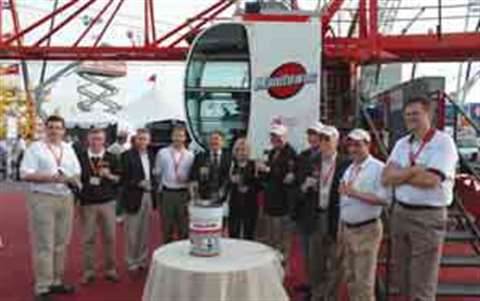 French tower crane rental house Sofral has ordered 60 new tower cranes from Potain in a deal worth US$ 15 million.

In an exclusive interview with Sofral president Jack Stive, IC learned that the new cranes were initially replacements but now they will expand the rental fleet as existing units will be retained due to developments in the French market. Stive explained that the balance of tower crane ownership in France is shifting from contractor to rental and that there is healthy growth in construction. Around 400000 apartments were built in France last year and this year that number is expected to be 500000, Stive said.

Stive claimed a utilisation rate of 92 % for 2004 and says the average age of the cranes in his fleet, operated from eight depots throughout France, is 10 years. Sofral got its first tower crane in 1969 and has more than 500 units in its fleet, in the rating range from 50 to 500 tonne-metres.

One third of the fleet is self erectors from Potain's upper GTMR range, and the remaining two-thirds are GME series top slewers. The cranes ordered are ten units each of the following; GTMR 386B, GTMR 346B, MC 85, MDT 128, MDT 178 and MD 265. Deliveries start this month and will be completed by September.