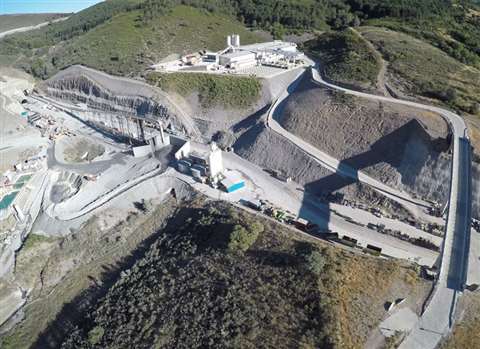 The Bolaños tunnels, part of the Madrid-Galicia High-Speed Line

The boring of the Bolaños tunnels between the towns of Verín and Ourense in Spain, part of the Madrid-Galicia High-Speed Line, has been completed.

FCC said it used an innovative solution in the construction of the tunnels. This involved the application of a stabilisation system for land of high geological instability.

With an excavation diameter of 9,900mm and useful cross-section 60.27m², the tunnel was lined using precast segments 370mm thick and 1,600mm long.

The tunnel boring machine (TBM) used for the excavation was a single shield and manufactured by Herrenknecht in Germany.

Carlos Jarque, CEO of FCC Group, said, “FCC Construction has built up extensive experience and technical knowledge in transport infrastructure. This has increased the company’s competitiveness and internationalisation in the rail sector.”

FCC Construction has built over 99km of AVE (high-speed rail) in Galicia, undertaking projects such as the Vigo-Das Maceiras Tunnel with a length of 8.5km as well as the Bolaños Tunnel.