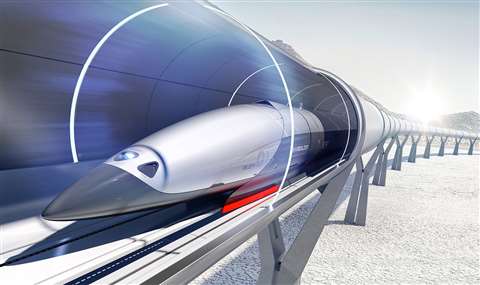 A European hyperloop system could soon be a reality

Following significant growth in investment and interest in hyperloop transportation systems for Europe, two European committees have joined forces to assist in the development of standards for everything from components and infrastructure to communications.

As first proposed by the entrepreneur Elon Musk, the hyperloop system uses moving electromagnetic fields to levitate and propel vehicles within a low-pressure tube. Extremely high speeds could be achieved, due to ultra-low aerodynamic drag on the vehicle.

The process was started in 2018, when four of the six private hyperloop enterprises with plans to operate in Europe met in Brussels and together signed an agreement to cooperate in defining standards and regulations for the technology.

The consortium of European and Canadian hyperloop companies comprises Hardt Hyperloop (from the Netherlands), Hyper Poland (from Poland), TransPod (from Canada, with offices in Italy and France), and Zeleros Hyperloop (from Spain).

Towards the end of last year, the national standardisation bodies of Spain and the Netherlands jointly submitted a proposal for the formation of a technical committee, which was approved earlier this month.

In a joint press release, CEN and CENELEC said the new committee will benefit from its ongoing experience of standardising rail, space and pressure equipment.

A joint release from the private consortium said a network of hyperloop research centres is “already in the planning stages and is slated to begin operation in the next few years, in France, Poland, Spain, and the Netherlands”.

The companies added, “By developing common standards, specifications, and approaches, JTC 20 will help to mitigate potential challenges to implementation across the continent”.

Interested to learn more? Check out this video from Virgin’s hyperloop One explaining how hyperloops work.