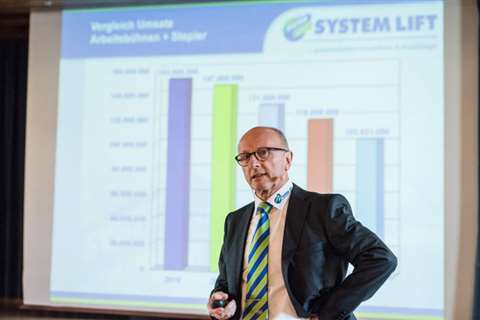 Leopold Mayrhofer, CEO of the Germany-based organisation, which represents a partnership of access and forklift equipment rental companies, said the figures were encouraging.

“System Lift is well known and customers appreciate that we are a professional organisation that can easily be communicated with. Our customer-oriented delivery, thanks to our nationwide presence, brings us advantages over competitors.”

The positive development of the rental model has, not least, contributed to greater awareness of worker protection and therefore using AWPs over other options in Germany, said Mr Mayrhofer. “Using a work platform is safer and faster. Companies realise that they can save time with this tool and their employees can work more efficiently.”

System Lift has also increased its training and issued more of its System Cards than in the previous year, it said. The System Lift Academy also provides training for owners, managers, transport staff, field service reps and service employees.