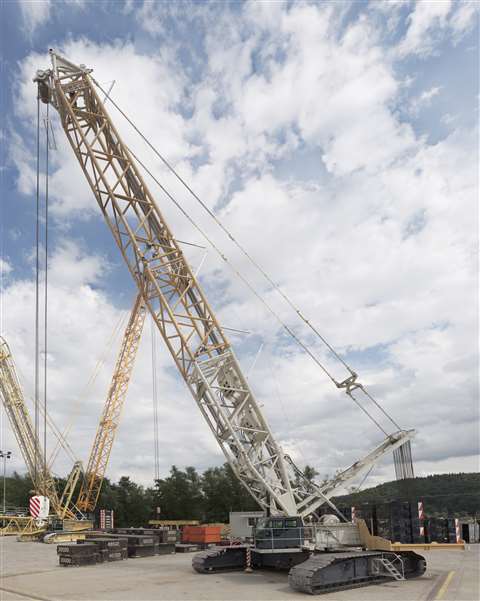 Terex Cranes will close its crane manufacturing facility in Jinan, China, according to Steve Filipov, president of Terex Cranes. Filipov revealed this news in an exclusive interview with American Cranes & Transport.

The plant closure falls in line with Terex Cranes’ recent restructuring that has involved reducing its worldwide footprint as part of a strategy to allow more new product development and accommodate lower demand. The China plant closure follows the announcement by Terex Cranes to consolidate its European and United States manufacturing facilities.

Filipov said his team was evaluating the launch of the LC line of crawler cranes, which was planned to be produced at the Jinan plant. Three prototypes of the first LC crawler, the 330 US ton (300 metric ton) capacity LC 330US / LC 300, have been produced. In October 2016, Terex Cranes announced the LC 330US would officially be rolled out in March at ConExpo in Las Vegas, Nevada, USA.

That is no longer the case.

“I’ve decided not to show the 330 on ConExpo,” said Filipov. “The reason being is that I don’t feel the crane is 100 percent ready for it to be on the show.”

Filipov said he is now “going through an analysis with the team when we do launch it, where are we going to manufacture it.”

“Right now the analysis is obviously focused around Oklahoma City where we have a lot of our product down there now,” he continued. “But we have to go through that analysis. But we’ve got some work to do with that product. It was a tough decision to make, but in my mind it’s the right message to the market, that Terex Cranes is going to show a product that’s ready for prime time.”

Terex became a 65 percent shareholder in the Jinan, China plant in 2010, producing the Topower crane line for the then booming Chinese market. Terex became a 98 percent investor in 2014, when the plant was retooled and renovated for the production of the LC crawler line and AWPs for the Chinese market.