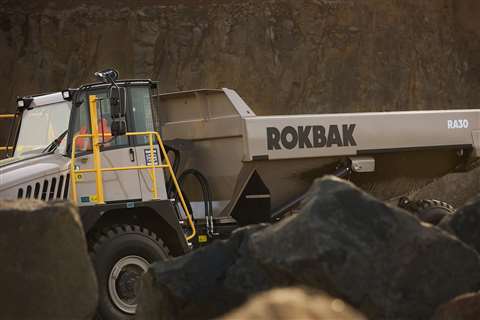 Terex Trucks has been rebranded as Rokbak, which is going to market with a pair of articulated trucks that includes the 28-tonne (30.9 ton) payload Rokbak RA30.

Articulated hauler specialist Terex Trucks has rebranded itself as Rokbak. The Motherwell, Scotland-based manufacturer, part of the Volvo Group since 2014, unveiled the new brand at a digital launch event.

“Our company has an incredible history and a proud heritage,” said Paul Douglas, managing director, who noted the company’s eight decades in the industry, beginning as Euclid and having several owners over the years before Volvo acquired the company from Terex. “Seven years ago, we became a member of the Volvo Group, which allowed us to make major improvements in every part of our business.

“Millions of pounds have been invested in improving our products, modernizing our facilities, expanding our network, and developing our people. It has been a process of continual evolution. That’s why we feel it’s right to recognize this evolution with a new brand name to launch an exciting new chapter in our history. And we’ll keep investing to further improve our machines for our customers.” 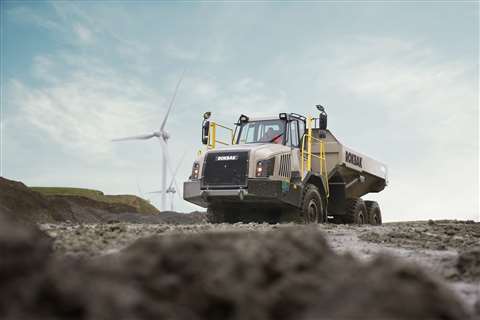 “We’re very excited to reveal our new brand, and of course our haulers are the shop window,” said Douglas. “We already have a very healthy order book for the new brand, and we want to further expand our reputation, dealer network and market share. We’re still the same skilled, experienced, and passionate team, committed to making rock-solid haulers every day. But we also have a clear vision for where we want to go and who we want to be.” 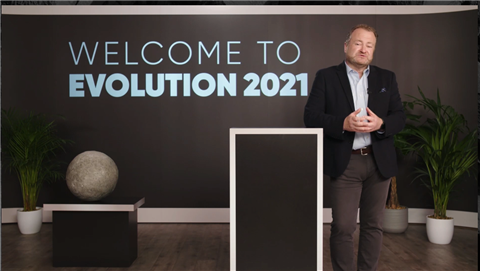 Douglas said that the new articulated trucks were available “from today.”

As far as any expansion of the Rokbak machine line, Douglas said that “here at Rokbak and Volvo CE, we tend not to talk about the future products. But what I would say is that we’ve been investing heavily in people, in the processes and in the products, and we’ll continue to do that. And when the time is right, we’ll be able to tell you when those new products will be coming.”

“We are proud and excited to have the modernized Rokbak brand continue as a fundamental part of our organization,” said Melker Jernberg, president Volvo CE and executive vice president Volvo Group. “We believe in a sustainable future, innovation and the power of our people and we see that all encapsulated in Rokbak. At the same time, the company has its own personality, heritage and loyal customer base and it will be exciting to see the brand evolve further as it sets out on this new stage of its journey.”