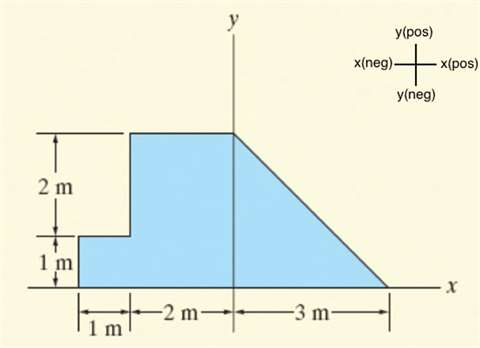 Figure 1 is a two-dimensional object, for example, a steel plate with a random shape for which the CoG needs to be determined. This cannot be done in one step, but has to be performed is a series of s

Feared by many, understood by few, the centre of gravity is the single most under estimated and under valued property of a load. Since the vast majority of all transports and lifts comprise loads with a fairly centralised CoG there is not much incentive to dive into the theories of something that cannot be seen or measured with a tape.

If the CoG is not centralised, however, or the load is close to the limit of the transport or lift equipment, it becomes an increasingly more important property that can make or break the success of a project.

What is the centre of gravity? In mathematical terms, “The centre of gravity is the point at which an object’s entire mass can be assumed”. This may sound a bit abstract but with the below examples this will become clear. The CoG is not determined by shape or size, just by the weight and the location (co-ordinates) of each of each of its individual components.

It may be clear that the centre of gravity of a square box is right in the centre of that box and that “handling” that box, lifting, jacking, transporting etc, is not a complicated exercise from a mathematical point of view. That changes when it comes to dealing with objects that are built up from many individual items. Sooner or later everybody will get into this situation, where it becomes much more challenging. Such objects can be skids that contain components from different suppliers or, for example, vessels with varying diameters, oilers with a pressure vessel located on once site or just a wooden crate with unknown contents or whether the hand painted CoG mark can be trusted.

Finding out
Let’s start with a simple way of determining the CoG. This method can be applied to every object of which the CoG needs to be determined. Observe Figure 1, this is a two-dimensional object, for example, a steel plate with a random shape for which the CoG needs to be determined. This cannot be done in one step, but has to be performed is a series of steps.

Note: the distances are given in metres but this can be any unit of measure: feet, yards, etc. For the results of the calculation this makes no difference.

Step 1
Choose the location of the x-axis and the y-axis. These can be chosen in any location, the outcome of the calculation will remain the same if these axes are chosen in a different location. Try it.

For this example the x-axis is chosen at the base of the object and the y-axis is chosen so it runs from straight down between the triangular and rectangular shape.

Step 2
Choose which side of the x-axis is the positive side and which one is the negative side. This is needed because a 1 metre distance from the y-axis could be on either side and without the “+” or “-“ designation there is no way of knowing this and, by definition, the outcome of the calculation will be wrong.

Step 3
We now need to divide the object into smaller “sub-objects” for which we can easily determine the CoG. This is shown in figure 2 and in figure 3. There is no real science behind choosing these smaller objects. Anything will do, as long as the total object is covered, obviously nothing should be forgotten or left out. In this example I have chosen:

Simplification
Earlier in this article I stated that the CoG is determined by the weight and location (co-ordinates) of each of the individual components. Here is a hint to make the calculations easier. For two-dimensional objects, such as the one in this example, the area of the object is proportional with the weight of the object. When the area is twice as large, the weight becomes twice as large.

For three-dimensional objects the volume of the object is proportional with the weight of the object. These hints allow you to perform CoG calculations without knowing the object’s weight or the material it is made of.

Step 5
Arrange all the numbers in order to perform the CoG calculation.

(**) As object 3 is actually a void, the weight (area) needs to be entered as a negative value in the formula below.

In words it reads that the location of the CoG can be found by summing (Σ) the multiplication of the distance by the weight (area) and divide it by the summation of all the weights (areas).

Note: When performing such calculation on a more frequent basis and experience is gained, some of the above steps can be combined to speed up the process.

CoG calculations and, more important, the reliability of an accurate CoG can become a very important property. The transport in the photograph illustrates this. The CoG is marked almost at the top of the white board that covers the intake. It is above the light post at the left of the transport.