The Knowledge: Time to weigh 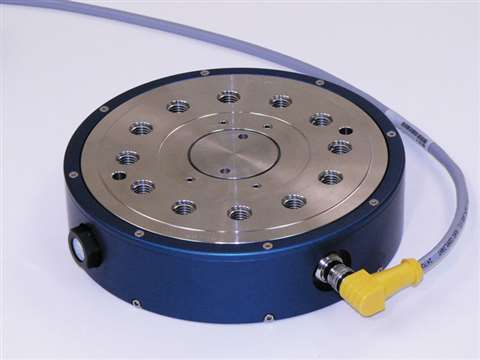 Figure 1: A load cell with its connecting cable

Last month’s article emphasised and explained the importance of centre of gravity (CoG) in relation to lifting and transport operations. It gave a theoretical explanation of how a CoG location can be determined from basic components. In reality, however, it is not always this straightforward. Equipment assemblies often contain components from suppliers who in turn also depend on their suppliers. In addition, field changes do not always find their way back to the engineers for a proper assessment of the impact on the CoG. This can result in the CoG and the weight being of questionable nature or not within the agreed accuracy.

For such cases, where a load with an estimated weight and CoG is to be lifted or transported or placed on a ship or barge with associated ballasting, a weighing can be performed. A weighing provides two pieces of information; 1). the weight and 2). the CoG in two dimensions, namely the X-co-ordinate and the Y-co-ordinate.

To perform a weighing, a number of aspects need to be known about the load. To start with an estimated weight should be known. Second, the so-called strong points, their location (co-ordinates) and the expected weight need to be known.

This may sound a bit contradictory. For a contractor to determine a weight, the weight is to be known prior to the work. This, however, is necessary for correct equipment selection.

In theory
A weighing is performed by using load cells. A load cell is a device (a transducer) that produces an electrical signal via a strain gauge when a load (force) is applied. See Figure 1 showing a typical load cell. The electrical signal, in millivolts (mV) can be shown on a digital readout and the applied load can be determined. The more modern systems show the weight directly on the display.

One would expect that when twice the load is applied, that an electrical signal (voltage) twice as strong is produced. This, however, is not the case as every load cell is subject to non-linearity. Non-linearity is the deviation (dv) from a straight line graph. See Figure 2. For this reason it is important that the expected weights per “strong point” are known so that the contractor can select the appropriate load cells that work in the correct range with minimum non-linearity effects.

When the correct load cells are chosen and the applied loads are in the upper 30 % of their capacity, an accuracy of 0.25 % or better is not unheard of.

The weighing process
Load cells come in two basic layouts or set-ups. One where an individual load cell is placed on top of a hydraulic jack (Figure 3) and one where the load cell is part of the hydraulic jack (Figure 4). It goes without saying that multiple jacks and load cells are required to perform a weighing. Sometimes there are even multiple units per strong point (Figure 5). Note that figures 3 and 4 both show a scenario where the height of the jack with load cell perfectly fits in the cavity underneath the strong point. In many cases there is no such perfect fit and the “gap” is filled with steel shims.

As an example let us review the weighing of a structure built in Texas, USA, with its destination being Equatorial Guinea, just off the West coast of Africa. There it was lifted off the barge and placed on the sea bed. Figure 6 is a dimensional drawing of this structure with the locations (co-ordinates) of each load cell indicated. For this weighing a total of 16 load cells were used. Each load cell was placed on top of a hydraulic jack and the entire structure was lifted off its supports. At this point the readings (either in mV or volts or directly in a weight unit) are taken from each jack.

Likewise for the Y-co-ordinate of the CoG;

Again, the table as well as the drawing indicate this (see attached images for table).

Operational implications
In the process of weighing loads, especially like in the above example where the length approached 300 feet (100 metres) and 16 load cells were used, the question often arises if the torsional rigidity (or lack thereof) can affect the accuracy of the weighing results. After all, at these lengths the structure does deflect.

To minimise these affects, a weighing is often performed three times. After each weighing the load is set down again and the jacks are extended in a different sequence from that during the previous weighing. After three weighing exercises the results are reviewed and averaged. This average is considered to be the final result.

For those readers who are interested I have a weighing procedure available on my website under services/checklists.

On completion of the weighing, this structure was loaded on self propelled modular transporter (SPMT) and driven onto a barge. During the bidding stage of this load out, the estimated weight of the structure was 1,300 US (short) tons. The final weight of 1,160 short tons is 11 % less than estimated.

If the fabricator or the ultimate owner would have decided not to weigh the structure (which, even in today’s day and age, still happens) they would have been lucky to find out at the time of lifting that the structure was 140 short tons lighter than expected. Without a weighing, however, they could have found themselves in a situation, halfway around the world, where the actual weight turned out to be 11 % higher than expected – 1,440 instead of 1,300 short tons.

Calibration
With a possible accuracy of 0.25 % or better it is important that each load cell is periodically calibrated by a recognised body. Without a calibration the accuracy cannot be guaranteed. The frequency of calibration is generally determined by the authorities, but is normally not less than once a year. The contractor or owner may decide to increase the calibration frequency based on the working environment of the load cells. Temperature changes, impact of load (such as dropping a load cell), humidity, exposure to higher than nominal capacity load can all contribute to a load cell going out of calibration.