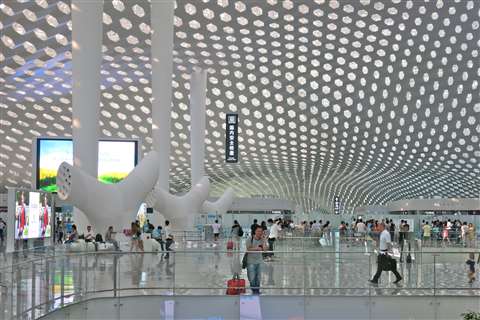 It has been reported that China’s Shenzhen Bao’an International Airport has been granted approval by the central government’s National Development and Reform Commission to expand and add a third runway.

The cost of the project is estimated to be CNY 9.35 billion (US$1.4 billion) and the expansion will mean that the airport will be able to process 80 million passengers a year, a significant increase from the 49 million the airport can currently handle.

The new runway will be 3,600m in length and is part of a wider expansion scheme at the airport.

Increasing airport capacity – whether by extending existing airports or building new ones – has been a key objective of the Chinese government.

It is estimated that by 2035 mainland China will have approximately 450 commercial airports which would be able to handle 1.4 billion passengers a year.