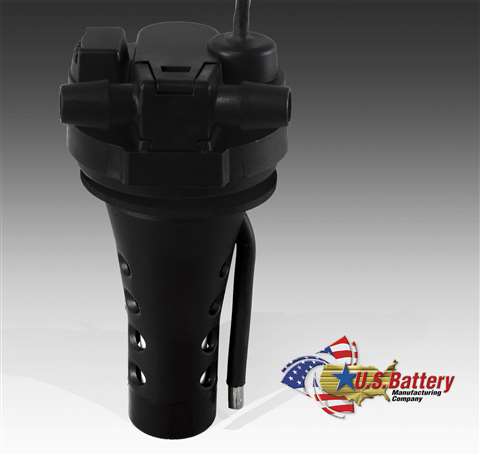 "Many industries have switched to battery powered vehicles for their fleets, and know that flooded lead-acid batteries are the most cost effective method to power them," said Don Wallace, U.S. Battery CMO/executive vice president. "The problem is providing proper maintenance to all those batteries can be overwhelming and time consuming. The Sense Smart valve takes the guesswork out of battery watering maintenance, which when done routinely, can dramatically improve battery life, save time, and substantially reduce annual operating costs."

According to the Battery Watering Technologies, the manufacturer of the valve, the Sense Smart valve is the only valve of its kind with a built-in processor and probe that triggers an LED indicator light, mounted to the battery pack, and tells operators if the battery set needs water.