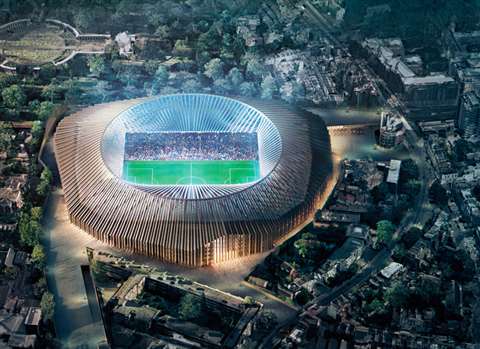 Chelsea Football Club’s planning application to build a new 60,000-seat stadium on the site of its West London, UK, home has been approved by Hammersmith & Fulham Council.

In a project said to be worth £500 million (€572.58 million), the new stadium will be built within the grounds of the existing Stamford Bridge ground in Fulham Road, and require the demolition of the existing structure.

The architects are Swiss firm Herzog & De Meuron, which has been responsible for the Allianz Arena in Munich, Germany, and the National Stadium, Beijing, China.

Chelsea FC, founded in 1905, has always played at Stamford Bridge. Long-running work on the current 42,000-seat stadium began in the 1970s but was completed only in 2001.

The plans which have been approved this week for the brick-clad stadium include a new club shop, kiosks, a museum and a restaurant/café. The works would see decking platforms built over the District Line to the north west and over the Southern rail line to the east.

The club now has three years to begin work on the site before the approval expires. The applications was submitted at the end of 2015.