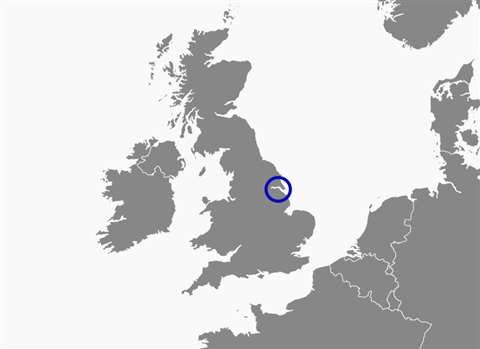 The Humber estuary in the UK

Swedish-based Skanska’s UK arm has been awarded a £100 million (€131.4 million) contract by the UK’s National Grid, in a joint venture with Austrian contractor Porr and Dutch-based pipeline construction specialist A.Hak, with Skanska’s share worth £39.4 million (€51.8 million).

The contract is to design and build a replacement high-pressure gas pipeline within a tunnel, underneath the River Humber in north east England, from Paull to Goxhill. The existing pipeline, which lies on the riverbed, will be replaced.

The contract has been let, subject to planning consent for the replacement pipeline from the Planning Inspectorate, which is due in September 2016.

Over the three-year project, the joint venture will provide full design and construction of the 5km tunnel underneath the River Humber, inserting a single string of 42in (1,067mm) steel pipe and connect into the above-ground installations (AGIs) at Paull and Goxhill.

Phil Croft, National Grid’s senior project manager, said, “This pipeline will be the longest gas pipeline in a tunnel, inserted in a single string in the world.

“To do this, we need partners with experience and a proven track record. Skanska, Porr and A.Hak were able to demonstrate their expertise and knowledge throughout the tender process, giving us the confidence that this was the right company to build this tunnel and pipeline in such an environmentally sensitive and commercially busy river.”

Colin Nicol, Skanska’s operations director, said, “The joint venture was formed to bring together international expertise to deliver, in an innovative, sustainable and collaborative way, a tunnel that will protect the pipeline for the long term, helping National Grid to provide a vital service to millions of people.”

The River Humber pipeline is part of the national transmission system – connecting the import terminal at Easington, on the East Yorkshire coast, to the wider network, and delivering gas to millions of customers throughout the UK.

Over time, the tidal patterns of the River Humber have eroded the river bed, covering the existing pipeline. This has led to parts of it being at risk of exposure. A short-term engineering solution to protect the pipeline by covering exposed areas was put in place in 2010.

The replacement pipeline will connect to the existing National Grid AGI sites at Paull and Goxhill and will be 5.4km long, of which 5km will be tunnelled.