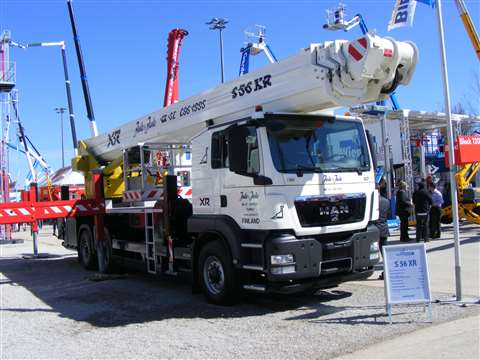 The Fire and Rescue division of Federal Signal, which includes Bronto Skylift, experienced a difficult second quarter, while overall group results were mixed.

Net sales in the Fire and Rescue division were $25.4 million, compared to 34.1 million in the same period last year, representing an $8.7 million decline, or 26%. The fall included $5.3 million due to unfavourable currency conversation. For the six months period net sales were down by 8.1 million from $58.6 million to $50.5 million. Operating margin sat at zero for the first quarter, representing a 0.9% rise. In the half year operating margin up 2.5% to 0.6%.

Total orders for the quarter were down $1.5 million on the same period last year at $38.9 million, while for the half year they dropped by $31 million to $60.9 million compared to the first half of 2014.

For the other two divisions in the group, Environmental Solutions Group sales were up $7.4 million, or 5%, on improved shipments of street sweepers, offset by reduced sales of sewer cleanersand vacuum trucks.

Concerning the outlook for 2015, Jennifer Sherman, chief operating officer, said, “Our second quarter operating results were strong. Orders for our municipal products were up 37% over the first quarter, and we expect these markets to remain robust during the second half of 2015. Despite the recent softness in orders for US exports and for products relating to upstream oil and gas markets, we are affirming our expectation that full-year adjusted earnings per share will be in the range from $0.95 to $1.02.”