Urban Demolition under US$10 million 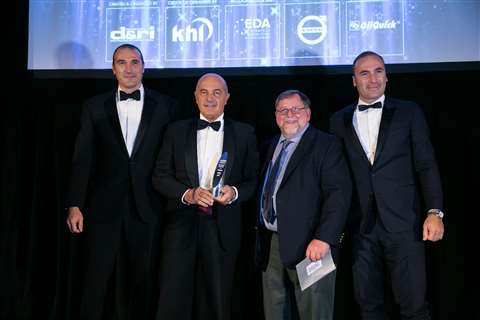 In the first 10 years of its existence, few companies have embraced the World Demolition Awards like the Italian specialist contractor Despe. Such was its enthusiasm for this year’s Urban category it entered two projects, both of which found their way on to the eventual shortlist to do battle against three strong submissions from North America.

In the end it was the Gioia 22 project in the Italian city of Milan that took first prize.

Demolition contracts are often about numbers as well as outcomes, but the figures coming out of Gioia 22 were particularly impressive.

It has also disassembled around 3,000 t of carpentry (with shots of whole “structural segments” up to 20 t each) and crushed 75,000 t of demolition aggregates.

And the innovative nature of the project was not lost on the judges, who said: “This was an immense undertaking and massive quantities of materials were carefully demolished, handled and recycled safely in a tight space and to a tight schedule.”