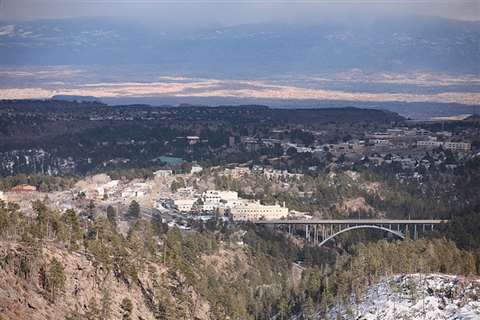 Los Alamos National Laboratory in the US has plans for US$13 billion worth of construction projects at its northern New Mexico complex over the next decade.

The project is part of the government’s preparations to increase production of plutonium cores for the nation’s nuclear weapons arsenal.

The plans were outlined at a recent meeting attended by hundreds of representatives from construction firms around the country.

Beyond the new infrastructure associated with plutonium production, other work will be carried out to serve a growing workforce — from planned housing projects and parking garages to a potential new highway that would reduce commute times from Albuquerque and Santa Fe (currently a drive of more than an hour).

Lab Director Thomas Mason told the Albuquerque Journal that the lab currently has 1,400 openings and plans to add another 1,200 jobs to its workforce of 12,000 by 2026.

“It’s a busy time at the lab,” he said. “We’re probably busier than we have been since the height of the Cold War.”

Mason said that US$3 billion in spending is planned for improvements to the lab’s existing plutonium facility for the core work. An accelerator project and a new-generation super computer also will require major investments.

The National Nuclear Security Administration (NNSA) is under a mandate from Congress and the Department of Defense to make 80 pits a year by 2030 as part of a plan to modernise the nation’s arsenal.

As part of the transportation infrastructure developments for this project, Omega Bridge – which connects the town of Los Alamos with the lab site over Los Alamos Canyon, owned by the federal government – could be set aside for recreational use or environmental protection with a replacement bridge being constructed nearby.

According to the Albuquerque Journal, the issue wasn’t that of defective valves but that the valves were made of carbon steel, which is incompatible with the radioactive liquid waste generated by the building’s operations.

Activist groups are therefore concerned by the federal government’s plans to boost plutonium pit production at Los Alamos given the current infrastructure and the lab’s track record of safety concerns.