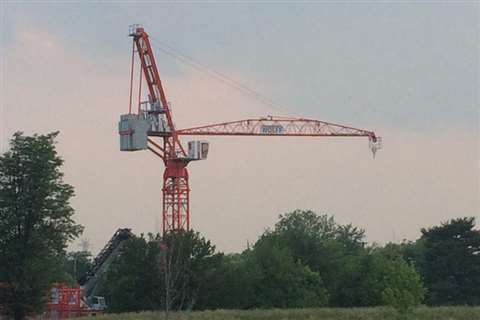 Empire Crane Company in the USA has taken delivery of a Wolffkran 355B model luffing jib tower crane.

It is at Empire Crane Company’s Bridgewater, New Jersey, yard in New York. The tower crane is NYC Cranes & Derricks approved and ANSI B30.3-2012 compliant, Empire said. It has a 60 metre luffing boom and a maximum line speed of 289 metres per minute.