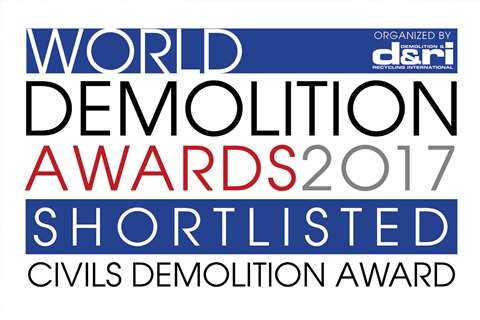 Coleman & Company was appointed the demolition contractor of choice for Network Rail’s flagship, £600 million (US $776 million) development of Waterloo International Terminal in London, United Kingdom. The live station provides transport and connections throughout London, the UK and Europe, with a footfall of 200,000 passengers each day.

Dismantlement occurred within the right-of-way of an important CN transportation corridor with four railway tracks remaining in use during the project. The work was performed in accordance with detailed engineering procedures, closely coordinated with CN operations in order to protect existing infrastructures, while maintaining train traffic and ensuring the safety of all personnel. 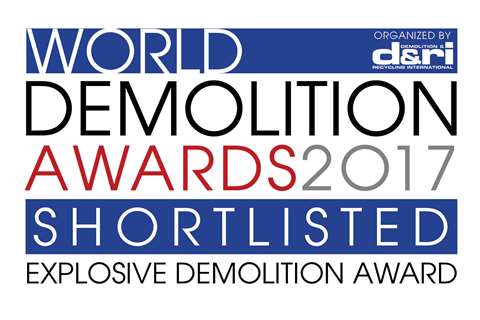 Companies from France, South Africa and the United Kingdom go head to head in the Explosive Demolition category

Cardem performed an explosive demolition of a 115-apartment building in a very dense urban environment with strong societal constraints. It had to adapt to these strong constraints in term of noise, dust and concrete projection reduction. The proximity of a school and another apartment building led Cardem to realise an explosive demolition with directed fall. This demolition needed more than six months of preparation before the blasting day.

Situated on less than 0.2 hectares (0.5 acres) in a densely occupied urban environment, the 15-storey H G de Witt Building’s exceedingly tight site made it necessary to produce a centre-drop implosion action that would emphatically pull the east end of the building and thereby “ride” it to the west, while simultaneously pulling in the west end of the building.

The Belville Street tower block had previously been labelled a structure “too difficult to demolish”. Not because of the structure itself, but more due to what was surrounding it …the risks had been deemed too great. The 19-storey tower block sat perched upon a cliff top, with the electrified west coast main line located at the bottom of the cliff. The risk of debris falling down nearly 40 m (130 ft) and causing mass destruction of Network Rail’s assets was an issue that had the client, River Clyde Homes, scratching its head.