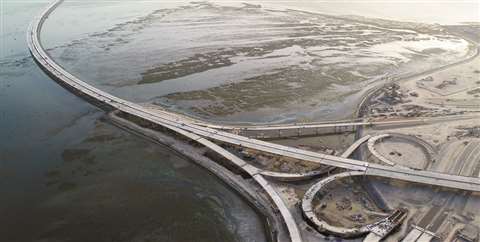 Work on what is said to be the world’s longest bridge over water – which will be 36.1km when finished and is located in Kuwait – is almost complete.

The Sheikh Jaber Al-Ahmad Al-Sabah Causeway, which spans Kuwait Bay between Kuwait City and the Subiyah area, is under construction in Shuwaikh Port.