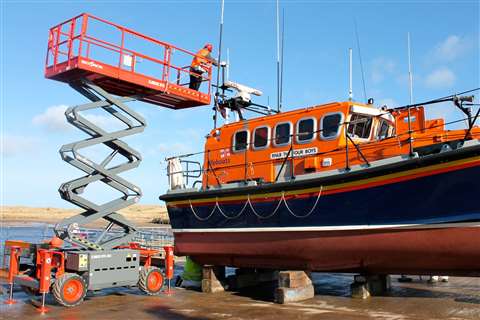 In February, a Skyjack SJ6832 RTE 48V DC scissor lift helped carry out vital maintenance work on an RNLI lifeboat, and the facilities at a local RNLI station in Amble, Northumberland. The RNLI is one

Skyjack has completed its first 30 for 30 Partners project in Europe by lending a hand at one of the Royal National Lifeboat Institution’s (RNLI) lifeboat stations based in Northumberland, UK.

In February, a Skyjack SJ6832 RTE 48V DC scissor lift helped carry out maintenance work on an RNLI lifeboat, and the facilities at a local RNLI station in Amble, Northumberland.

The RNLI is one of England’s oldest charities and operates purely on voluntary public donations. It has been saving lives for nearly two centuries with one clear vision: to end preventable loss of life at sea.

“This is what 30 for 30 Partners is all about — supporting the projects that really matter to the local community,” said David Hall, product and business development manager for Skyjack Europe. “Maintaining our social responsibility is extremely important to Skyjack and we were delighted to offer our support to such a worthwhile charitable organisation.”

The work of RNLI stations around the UK, such as the one in Amble, is lifesaving. Each year hundreds of people fall victim to the unpredictable ferocity of the sea and in a split second lives can be in danger. It’s the job of fearless volunteers to abandon their ordinary lives and brave the stormy seas to help others in need.

As an independent charity, the RNLI can only save lives at sea with community support.

“Carrying out much-needed maintenance to Amble’s lifeboat and facilities is an important task,” said Gillian King, RNLI community fundraising manager. “But thanks to the 30 for 30 Partners project, Skyjack was able to help us complete the work quickly, which was key as the boat is only brought out of the water for maintenance or servicing twice a year.”

The SJ6832 RTE 48V DC scissor lift was chosen for the job. The automatic self-levelling outriggers were ideal for undertaking work on the uneven slipway. In addition, the ‘up-and-over’ capabilities of the machine’s 1.52 m deck extension gave access to difficult-to-reach parts of the boat. And the ability for multiple personnel to work together really helped make best use of the limited time available.

The SJ6832 RTE’s full symmetrical crossover 4 wheel drive was particularly valuable to allow access to the slipway. The hybrid generator, which provides autonomous power to keep the batteries fully charged, also offered a mains voltage AC power supply to the platform. This helped to run handheld tools that further increased productivity. In addition to providing the services of a SJ6832 RTE, Skyjack also presented the Amble lifeboat station with a cheque for £2,000 — a contribution towards its appeal to replace its current Mersey class lifeboat with a new, state-of-the-art Shannon class lifeboat in 2017.

This new craft, which has a top speed of 25 knots, is the first to be propelled by water jets instead of traditional propellers.

"The Shannon lifeboat will help to make the RNLI’s lifesaving service on the northeast coast more efficient and effective than ever before,” King added. “The use of the Skyjack scissor lift, as well as the generous donation to the Amble Shannon Lifeboat Appeal, is very much appreciated.”

Skyjack launched its 30 for 30 Partners at The Rental Show in February 2015, marking the company’s 30th business anniversary. Skyjack is on the lookout for 30 worthwhile projects, spread across the world, which could benefit from the use of a Skyjack machine. The machines, plus assistance, are supplied through Skyjack customers and Skyjack covers all costs up to $2,500 per project. For more information, visit www.skyjack.com/30for30. 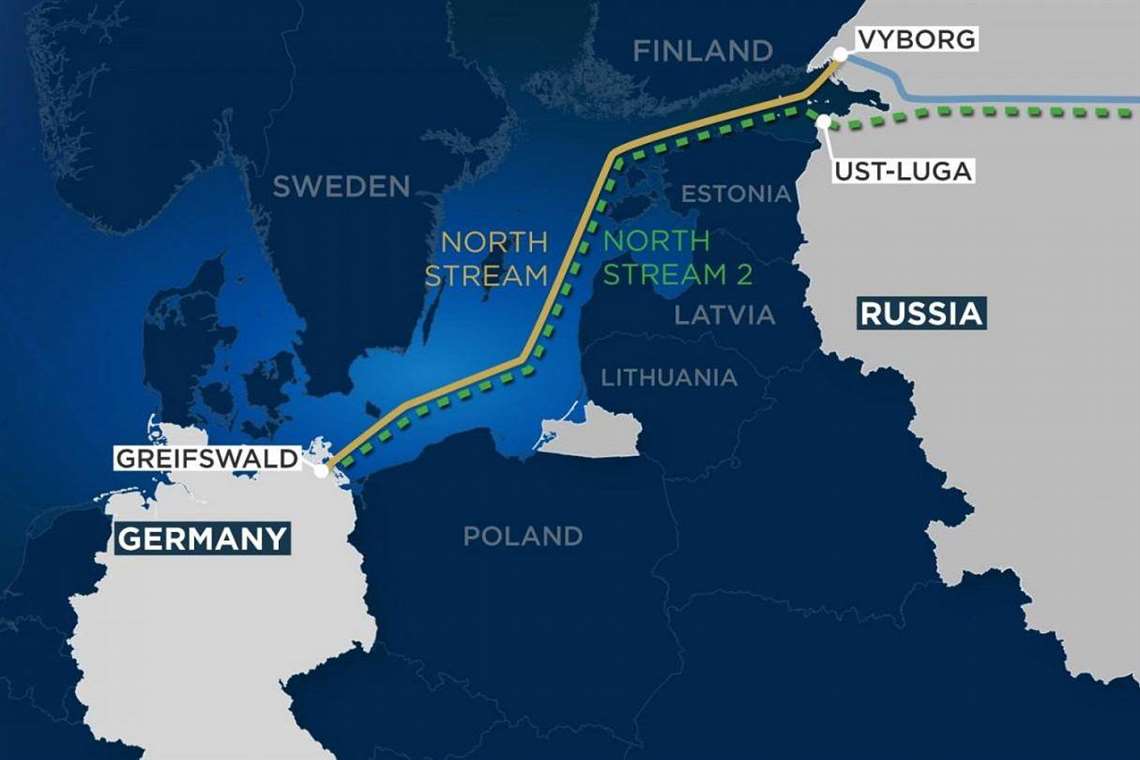 New sales manager for Terex Washing Systems
Martin Loughran to maximise sales in materials processing sector in both Northern Ireland and the Republic of Ireland
Loading...
Previous Next ×