UK truck loader crane sales, service and repair outfit Central Crane Technicians, which is also an agent for Italian loader crane manufacturer Fassi, has received the first Fassi F1150RA crane in the UK, which it has fitted onto a four-axle trailer from Dutch manufacturer Broshuis. 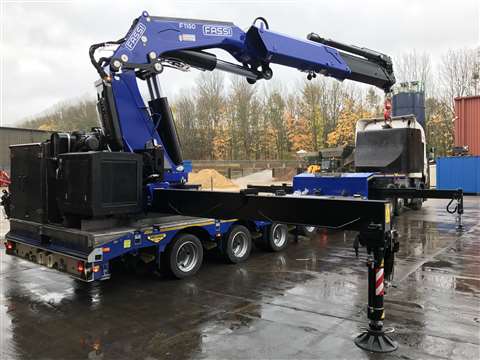 The Fassi F1150RA on a Broshuis trailer

According to Central Crane Technicians, the new F1150RA weighs ten percent less whilst lifting seven percent more than the previous F1100. The F1150RA has a lifting capacity of 8470 kg at 11.15 metres.