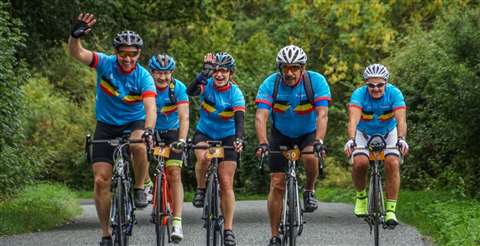 Riders on the 2018 Ziggurat ride

A charity bike ride featuring contractors from the UK has raised £115,000 (€129,120) for Action Medical Research, a children’s charity which funds research to tackle the diseases that devastate the lives of so many children.

The ride – called Ziggurat – took place through England, the Netherlands and Belgium and was supported by Glider Technology, with its GliderBIM online software platform “for BIM Level 2 delivery and beyond”, Brett construction and building materials group, and Grafton Group, distributor of building materials operating in the merchanting markets in the UK, Ireland, the Netherlands and Belgium, in the DIY retailing market in Ireland, and in the mortar manufacturing market in the UK.

Ziggurat was also supported by companies such as Mace, Willmott Dixon, Morrissroe Group, Straightline Consulting and CLOCS, which brings the construction logistics industry together for the management of work-related road risk. Construction Europe and its parent company KHL backed the ride as well.

It was the second time the ride had been staged, and the 2018 challenge saw 55 cyclists take on the 300-mile journey from London to Brussels. 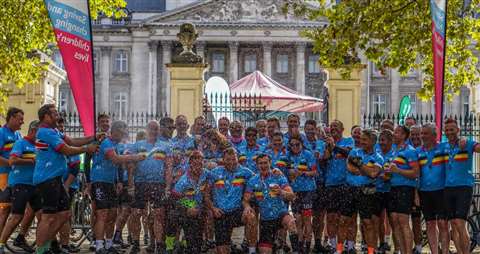 At the finish in Brussels

Action’s senior partnerships development manager Sarah Stevenson said, “We are absolutely blown away with how successful this year’s ride has been.

“We could not do it without our wonderful supporters and event partners. It’s fantastic to see so many keen cyclists in the construction industry.”

Stevenson said plans were already in place for next year. “It’s a pleasure to work with so many members of the construction and built environment sector. I can’t wait to see some familiar faces at Ziggurat 2019, and hopefully some new ones too.”

Action has been funding medical breakthroughs since it began in 1952, including helping to introduce the first polio vaccines in the UK, developing the use of ultrasound in pregnancy and testing the rubella vaccine.

The charity is currently funding research into areas including premature birth, epilepsy, asthma, scarlet fever, cerebral palsy, brain cancer, and some other rare and distressing conditions.