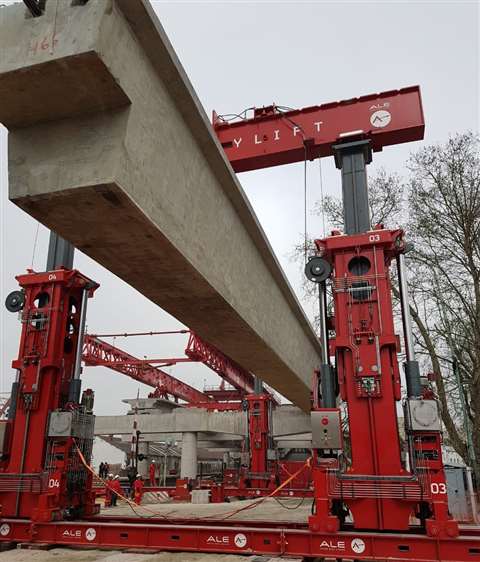 ALE was tasked with installing 538 concrete girders, weighing 230 tonnes each, over the San Martin railway in Buenos Aires. 534 of the girders are being installed using a girder launcher. However, the space between two of the piles was larger than the typical spans that the girder launcher can reach, so ALE had to find an alternative lifting method for the remaining four girders. 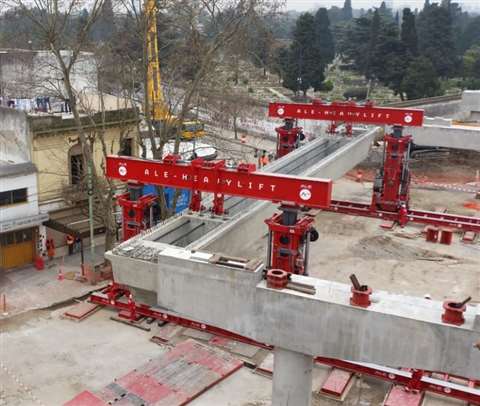 An added challenge was that an underground gas pipe was located beneath the job site, which precluded a high capacity crawler crane being used to install the girders due to the high ground bearing pressure it would exert that would risk breaking it.

ALE’s solution was to use its 1,000 tonne capacity TLG1000 to lift up the bridge sections and drive them into position. According to ALE, the gantry system spread the load better and more evenly to overcome this problem. The TLG1000’s monitoring systems also provided data on the ground settlements to give the client assurance that this did not impact on the gas pipe underground.

The new viaduct, measuring over five kilometres long, is located over the San Martin railway line, connecting the Palermo to La Paternal neighbourhoods of Buenos Aires. 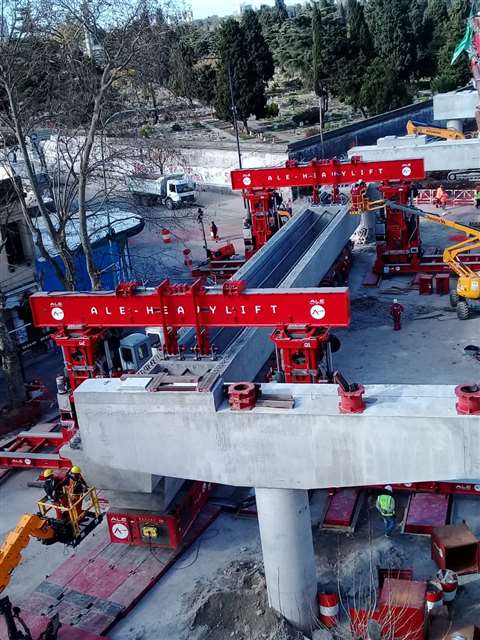 Juan Manuel Hinojosa, project manager, said, “It is fantastic to see the TLG1000 in operation for the first time and deployed to overcome the challenges of the underground pipeline by spreading the load. By having this innovative fleet of lifting equipment, we could find not only the ideal solution to complete the job, but a solution that also ensured stability and safety.”

ALE has 480 girder sections left to install and is expected to complete the job in April 2019. 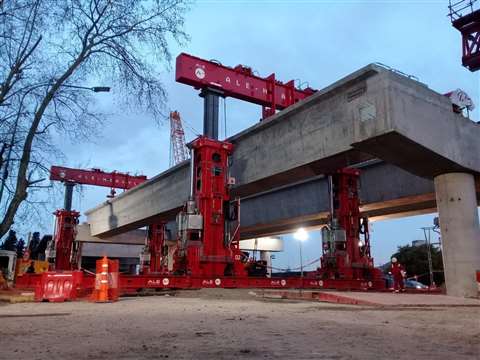