United Rentals has reaped the rewards from acquisitions made as it reports a 21.2% year-on-year third-quarter rental revenues increase, to US$1.86 billion (€1.61 billion). 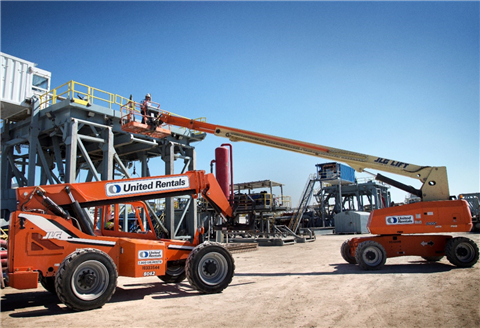 This year alone, United has bought BlueLine Rental for a massive US$2.1 billion (€1.82 billion), after entering Europe through the acquisition of Baker Corp for a fee of approximately US$715 million (€613 million) in cash. Adding to that was the takeover of Industrial Rental Services at the start of the 2018.

As well as acquisitions, United has seen its fleet utilisation rise 17.8% compared to the same period a year ago, while rental rates are said to have risen 2.1% in the last 12 months.

Adjusted earnings before interest, taxes, depreciation and amortization (EBITDA) was up 20%, to US$1.06 million (€920 million), while, excluding the impact of the BakerCorp acquisition, the adjusted EBITDA margin rose year-over-year to a record of 50.6%.

Michael Kneeland, CEO, United Rentals, said, “Our updated guidance reflects the combination of strong market demand and the contributions from our completed acquisitions, which, together with internal and external indicators, point to a solid fourth quarter and healthy momentum into 2019.

“Our strategy remains highly focused on driving profitable growth across our core businesses, integrating our recent acquisitions and leveraging our cash flows to maximise shareholder value.”