Initiatives are underway on both sides of the Atlantic lobbying rule makers to abolish unnecessary barriers to raising safety standards and to trade. Christian Shelton reports

In Europe, ESTA – the European association of abnormal road transport and mobile cranes – is stepping up its lobbying of the European Commission and national regulators in a fresh attempt to raise safety standards and reduce petty bureaucracy and protectionism.

ESTA director Ton Klijn is to start lobbying European national governments in a fresh attempt to persuade them to adopt the European Best Practice Guidelines for Abnormal Road Transport, first published in a European Commission Transport Directive back in 2005.

The directive contains SERT, the Special European Registration for Trucks and Trailers, intended to reduce the paperwork and bureaucracy faced by the industry.

The worsening problem of obtaining permits in many countries was the subject of a passionate debate at the most recent meeting of ESTA’s Section Transport where some members referred to the “ever increasing web of bureaucracy” that is hampering the heavy transport industry.

“We will be knocking on as many doors as we can and directly lobbying national governments,” says Klijn. “In particular, we will be talking to our new members and contacts in eastern Europe, some of whom are facing particular difficulties.”

To date only the Dutch road traffic authority RDW issues SERT documents with new vehicles, and it is accepted as an information document by the Belgian, Swedish and English road traffic authorities. But ESTA hopes that with authorities throughout Europe under ongoing financial pressure, they will see that an agreed Europe-wide registration system – as part of accepted best practice guidelines – will save time and money as well as making the industry safer and more efficient.

ESTA’s efforts have been strengthened by a growing influence in the Balkans following the Bulgarian Association for the Transportation of Oversized Cargoes (NSPIT) joining it as a new member. NSPIT was formed in 2015 as part of the industry’s attempts to update the country’s regulations governing heavy transport and, to date, the core of its members are transportation firms and freight forwarders, although they have also signed up a crane company.

“The more countries that are represented in ESTA, the better our concerns will be heard, both in Brussels and by our national governments,” said Mladen Ganchev, chairman of NSPIT’s board and manager of Bulgarian heavy transport company Holleman. “Our goal at NSPIT is to change many aspects in the law and regulations in Bulgaria, as they are over 20 years old and do not correspond to the modern rules and equipment.

“In addition, we want to see the introduction of annual permits as they do not exist at all in Bulgaria at the moment, and we also need to create clear rules for escort services. At the moment everybody can perform an escort with any kind of car and equipment.

“We need ESTA’s international support and expertise and we will provide our local knowledge and know-how to support their activity in the Balkans. I am sure that only by working together – local organisations like ours on one side and ESTA from a European perspective on the other – will we improve the rules in Europe as a whole.”

Scottish environmental and land services provider The NWH Group (NWH), says it has committed £500,000 investment in its own unique HGV driver apprenticeship scheme for the next five years and beyond. Run in conjunction with Glasgow Training Group (GTG), NWH hopes to recruit and train 80 HGV driver apprentices during the course of the next five years, with successful graduates achieving a Modern Apprenticeship in Driving. The scheme is open to young people aged 18 – 24 years. 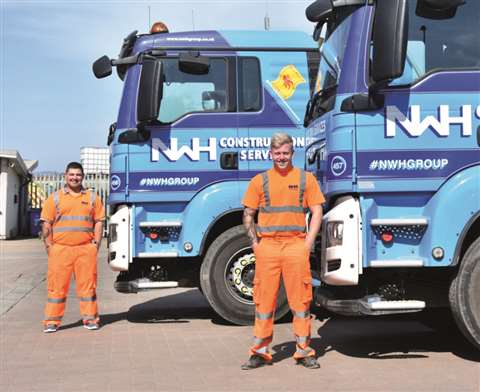 Mark Williams, CEO at NWH, said, “There is an industry-wide shortage of HGV drivers which is a real challenge for businesses in the road haulage industry and other businesses requiring these skilled drivers as core members of their workforce. We believe that focusing on the modern apprenticeship and our driver academy programme is the route to growing our own driver talent and increasing driver retention. Increasing the number of high quality, qualified drivers out on the roads is critical to the continued success of our industry.”

In the USA, the Specialized Carriers and Rigging Association (SC&RA) – an international trade association of more than 1,300 members from 46 nations – is seeking to effect harmonisation between all 50 states on overweight and oversize (OS/OW) envelope vehicle configurations with its uniform Permit Transport 2021 (UPT2021) initiative.

At present, different requirements and weight allowances in different states means that when oversize and overweight vehicles cross state lines they can be subject to delays and added costs.

“Lack of uniformity amongst states is costing our member companies millions of dollars annually,” elaborates Steven Todd, SC&RA vice president. “Manufacturers pay more for transporting their products, and those costs are passed along to consumers. Ultimately, it’s nearly every citizen or tax payer bearing the burden.

“Beyond the consumer, the lack of uniformity among states’ permitted weight allowances has a very real impact on the nation’s infrastructure as OS/OW loads are re-routed hundreds and thousands of additional miles, causing more stress on the nation’s already decaying infrastructure. UPT2021 is one of the most important initiatives we’ve undertaken because, while the goal of uniformity across 50 states is possible, it’s formidable. But the consequences of doing nothing are no longer tolerable.” 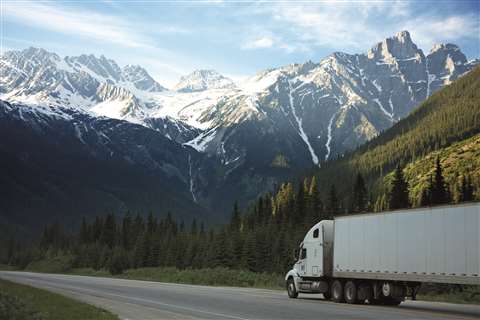 Lack of uniformity amongst US states is costing  its members dear, says SC&RA

The solution the SC&RA is proposing focuses on two key areas: to encourage all states to allow minimum weight thresholds; and for states to analyse and issue permits routinely, ideally via automated permit systems.

With regards to minimum weight thresholds, Todd says the Association has been moderate in the harmonised threshold it is seeking. Todd explains the thinking behind this, “There was great debate within our committees as to how bold we wanted to be – how high we wanted to set the weight thresholds we were asking for. There are at least 26 or more states that will allow that configuration now with some semblance of engineering analysis. So, our thinking there was that, if we are modest in our request of selected thresholds, that a majority of states already approve, it can hopefully only enhance our advocacy efforts to convince those states in the minority to raise their thresholds to match the majority of the states. It’s a strength-in-numbers approach in terms of an advocacy argument.

“We also wanted to keep the number manageable overall, as to not overwhelm state officials. We wanted to select common configurations from our members so as to have a chance at achieving the most success for the most members possible.”

Todd also says an automated permit system would enable permit issuing 24 hours a day, seven days a week. The simplification of the process, he believes, would lead to more users legally obtaining and running on state-issued permits, thereby increasing the safety of all road users and increasing revenue for states due to the higher number of permits being issued.

At present around 30 states use automated permit systems but this number is growing. The SC&RA wants all states to use an automated system by 2012. And it is making progress. In July 2018 the state of Missouri upgraded its online system while, also in July the SC&RA visited Ontario and Quebec in Canada as part of a continuing effort to work toward harmonization for its 116 Canadian members. According to the SC&RA, the Ontario Ministry of Transportation is considering fully automated permitting and the complete replacement of police escorts with private certified escorts. In addition, it says, counties throughout Ontario are considering automated permitting and the coordination between local jurisdictions.

Looking forward, the SC&RA is currently awaiting the results of a cost analysis study to determine just how much it costs per mile for an overweight permit load to travel through a barrier state and around it. Once the study is finalised the Association says it will be in a stronger position than ever to promote and effect its UPT2021 initiative.

New moves to harmonise standards and regulations governing lighting and marking on heavy transport throughout Europe are gathering pace following the latest round of expert discussions in early July 2018.

Organised by ESTA, the work is being coordinated by an 11-strong expert group co-chaired by ESTA’s Section Transport president André Friderici, technical director of Friderici Special, and vice-president Iffet Türken, executive board member of Kässbohrer.

The group is currently about halfway through the first phase of the programme – collecting and analysing information about the various rules currently in force in different European states. This includes the methods of cargo and vehicle marking, rotating beacons, side marker lighting and conspicuity marking.

André Friderici hopes the first phase of analysis will be complete by this autumn, after which the group will prepare a draft proposal for common Europe-wide standards.

If that is accepted by ESTA’s members, the plan is to present the document to both the European Commission and national governments in an attempt to get it adopted.

According to ESTA, the European heavy transport industry is becoming increasingly frustrated by what it sees as a plethora of petty and unnecessary regulations that can sometimes be used as a kind of protectionism by local authorities. “Minor infringements of local regulations can be extremely expensive and time-consuming,” Friderici says. “You can easily lose half a day or more because a sign is in French instead of German, for example. Surely it can’t be beyond our industry and our regulators to agree accepted common standards.”

ESTA says its work has received strong support from its members associations, especially BSK from Germany and TLN from the Netherlands. Other group members include Tii Group, Hipertrans, Broshuis, Kässbohrer and Faymonville. 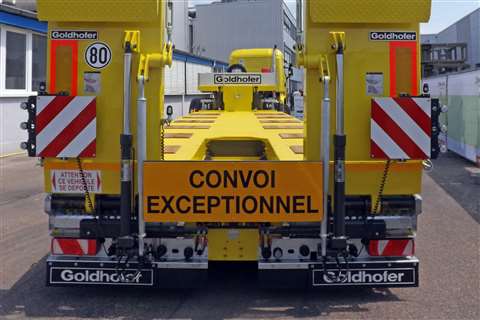 ESTA will prepare a draft proposal for common Europe-wide standards