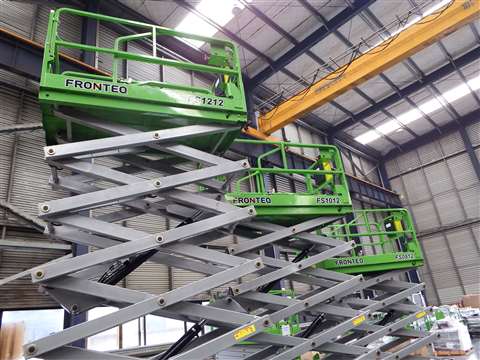 New Chinese access equipment manufacturer Fronteq, set up by overhead gantry crane specialist Eurocrane, plans to exhibit at APEX Asia in October with up to 10 models.

Fronteq takes the same name as Eurocrane’s holding company and was inaugurated at the end of last year. It started employing staff in March and now has a 15-strong research and development department, along with seven other workers. A managing director is just about to be appointed. The company also uses resources from Eurocrane, which is also based in China. 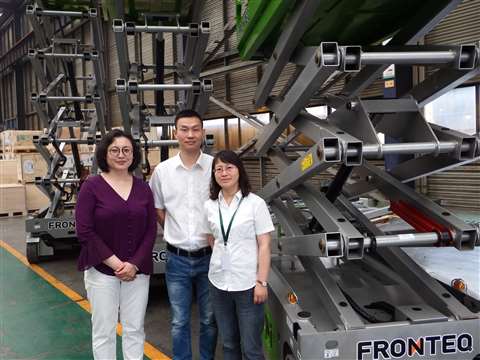 While the division is still in its very early stages, it has a range of scissor lifts. Included are 10m and 12m platform height models, while 4m and 6m platform height prototypes are under development. A 14m version is also in the planning. The company will then move into articulating boom lifts, with 18m platform heigh to start with.

Eurocrane has 26 service depots across China. It started in 2002 as a distributor for France-based Verlinde Lifting Equipment. From there it set up its own factory in Shanghai in 2007 and became a separate company. Last year it bought Voith, based in Austria and now plans to expand into Russia and North America.

Serial production of scissor lifts is set to start in August this year and there are ambitions to produce up to 5,000 machines annually in three years’ time and 10,000 units in five years. The company said it already has orders from its Eurocrane customers to provide maintenance for its equipment.