Ahern Japan has officially opened its new branch in Osaka.

The 500 square metre branch is a new, custom-built facility, which is more than double the size of the original Osaka branch, that was located a few minutes’ drive away. The new facility will support the business as it grows its presence in the region, enabling it to hold larger stocks of new machines and spare parts, as well as an expanded workshop for pre-delivery inspections and equipment repairs and rebuilds. 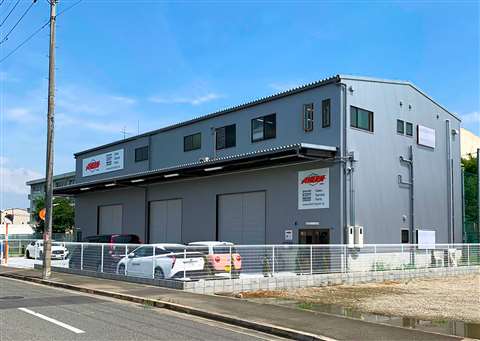 The Ahern Japan Osaka team relocated to the new facility in June, and marked the official grand opening last week, which included an open house event for key customers and stakeholders, and was attended by Snorkel CEO, Matthew Elvin.

Founded in 2000, and formerly known as Snorkel Japan, the distribution entity, with three locations in Tokyo, Yokohama and Osaka, was rebranded as Ahern Japan in 2014. The company, led by Masashi Sakuma, provides sales, service and support of Snorkel lifts and Instant UpRight scaffolding products, and earlier this year, became the exclusive provider of Ruthmann Bluelift tracked spider lifts in Japan.

Ahern Japan managing director, Masashi Sakuma, said, “This is a significant and exciting development for Ahern Japan, which will enable us to meet the growing demand in this region for high reach equipment in the long-term, and ensure we have the products and spare parts in stock locally to win reactive business. I would like to thank my team for their hard work and commitment to this relocation, while ensuring we maintained continued excellent service to our existing customers.”

Snorkel CEO, Matthew Elvin, added at the ceremony, “This really sets the stage for how we plan to support this market in future, and I wish Masashi and the team continued success.”