Norwegian technology company Steer AS has launched a new cloud-based technology for the remote control of construction equipment.

The start-up company said that its system could control machines remotely via a touch-screen and high-resolution video with low latency.

According to Steer, the technology makes it possible for the same piece of equipment to be used in shifts by three drivers in three different global time zones, thereby allowing production to be increased to a full 24-hour shift. 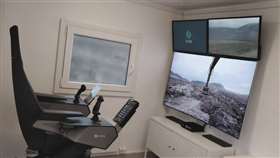 The technology, which also allows for machines to be run semi-autonomously, was developed to increase production capacity while minimising risk by removing the operator from dangerous operations and environments.

Steer said it had continuously tested the technology in different types of construction vehicles as part of pilot projects for customers such as Statnett, Orica Explosives and the Norwegian Armed Forces. 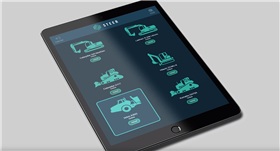 Lars Tronsmoen, Steer’s head of development, said, “We have successfully retrofitted and remotely controlled vehicles such as excavators, bulldozers and tractors from Caterpillar, Volvo and John Deere, amongst others.

“The hardware and software developed by Steer makes the cloud technology extremely flexible and quick to install. We have an amazing integration layer that enables us to remove the original physical monitors and systems in the machine, in order to place these at the site of the remote driver. This means that the driver can do the same operations from the remote driver seat as in the physical machine.”