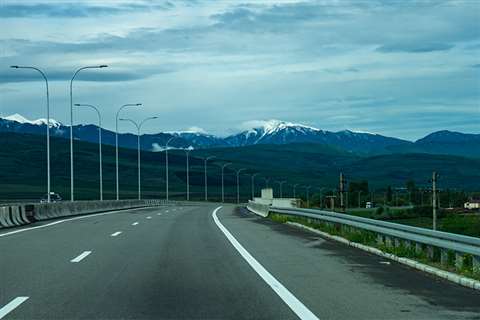 The project will see the construction of five tunnels in total, a 23km long bypass road, all-weather rural roads and six bridges

The European Bank for Reconstruction and Development (EBRD) has announced that it will allocate US$60 million (€54.64 million) to co-finance the construction of a highway tunnel in Georgia.

Part of the Georgian government’s plan to transform the country into a regional transport hub, the infrastructure project will be the first in a series of upgrades of the Caucasus Road Corridor.

A vital transit route for Georgia, Armenia and regional trading partners, connecting Central Asia with Europe and East Asia, the Corridor is a key transit-route for oil and gas.

The project is intended to improve the connectivity, access and safety on the North-South Corridor in the hope of stimulating economic development.

Construction of the nine kilometre-long tunnel, co-financed by the EBRD, is part of Georgia’s North-South Corridor, a large-scale infrastructure development project that will be implemented between Kvesheti and Kobi.

The project will see the construction of five tunnels in total, a 23km long bypass road, all-weather rural roads and six bridges.

The Asian Development Bank also recently approved a US$415 million (€376.7 million) funding package for the Kvesheti-Kobi road and tunnel.

The Georgian government will also provide US$83.6 million (€75.9 million) for the tunnel’s construction.