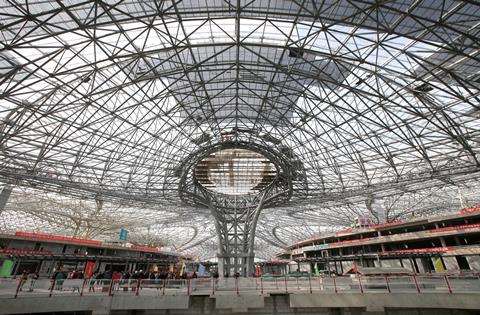 China has resumed construction on just under 90% of ‘key projects’ according to an official with the National Development and Reform Commission (NDRC) and as reported on China.org.

Construction of 89.1% of 11,000 key projects is ongoing – although this figure does not include the Hubei Province which suffered large numbers of people being infected with Coronavirus.

The NDRC is reported to have pledged efforts to speed up the resumption of key projects by solving the problems of labour shortage, transportation and supply of raw materials with accurate measures.

All major railway projects have resumed operation, with 97% of major highway and waterway projects and 87% of airport projects also resuming construction.

The construction of ’new infrastructure’ projects such as 5G networks and data centers will be expedited.

China is ’further along’ in its response to the Coronavirus than other countries due to the country suffering with people being infected first and the government’s hard-line policy on ensuring people self-isolated.

Due to these factors work and life is beginning to slowly return to some level of normality, with companies such as JLG announcing it would be increasing production in the country.