Construction in Egypt affected by COVID-19

Egyptian President Abdel Fattah al-Sisi has postponed the moving of civil servants to a planned new administrative capital city to 2021 from 2020 as well as the completion date of other large construction projects due to global pandemic COVID-19. 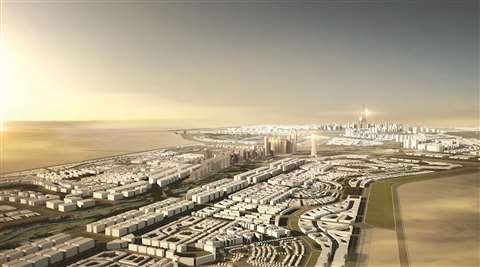 A rendering of what the new administrative capital could look like

This is latest setback in Egypt’s plan to create a new administrative capital. The project been subject to delays, cost increases and question marks over its suitability.

The government’s plan to build a new capital approximately 700km² in size 45km to the east of Cairo has an estimated cost of US$58 billion.

There are reports that construction workers at the site have tested positive for COVID-19.

The first group of civil servants was to be transferred to the government district in the still under-construction new administrative capital in June. However, according to a statement from the government the decision was made, “due to the circumstances and repercussions of the process of combating the spread of the new Coronavirus either at the national level or globally.”

The government also postponed the launch of other large building projects, including the Grand Egyptian Museum and the National Museum of Egyptian Civilization to next year.

The Grand Egyptian Museum was due to open during the last quarter of 2020, and the official launch of the National Museum of Egyptian Civilization, which was opened partially in 2017, was planned for 2020.

There have been doubts raised over the exact number of people in Egypt suffering with COVID-19.