In a video analysing the impact of Covid-19 on the European equipment rental industry, Michel Petitjean, Secretary General of the European Rental Association (ERA), has highlighted the possibility of a lull in construction activity later in the year. 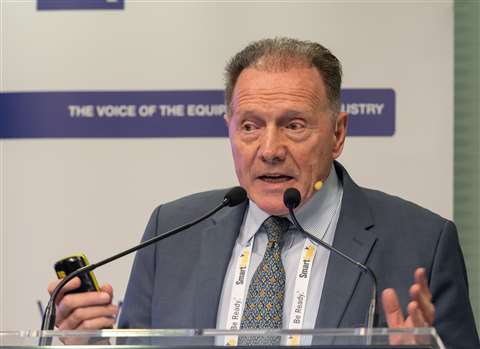 Since there have been fewer new construction projects launched since the crisis started, Petitjean said, “Those countries which have been working almost regularly over the last months already start to fear the risk of another dip in the coming months, especially in the autumn.”

So the main issue, he says, might not be the level of activity in March, April and May, but when and how much the construction markets will recover over the next 12 to 18 months.

“The big question is if public authorities will develop plans to sustain and reinforce the infrastructure and housing markets because privately funded commercial and industrial markets might be severely impacted,” said Petitjean.

Looking at equipment rental activity in April, which was the peak of the crisis in Europe, Petitjean suggests activity in the south was between 15 and 40% of normal levels, whereas in the north and centre of Europe, activity was between 40 and 80%.

The level of impact also depends on the type of rental operation and inventory mix; needless to say, those specialising in events rental have been the most severely impacted so far.

Looking at longer-term trends, Petitjean suggested there will be several effects; “On employment, there will be more health and safety concerns, and more home working when possible.”

He added, “Regarding all kinds of processes, including commercial, fleet management and administration, this crisis will greatly accelerate the need for digialisation.”

We might also see the development of more drive-in rental depots, according to Petitjean.

Ending on a positive note, he said, “I believe that the rental industry still has a bright future because it makes sense economically and environmentally.

“And also, this crisis could very well help the equipment rental industry in increasing its diversification and its penetration in its various markets.”

The video of Petitjean’s analysis can be viewed here.