Activity in Italy’s equipment rental sector is showing signs of recovery following the peak of the Covid-19 pandemic, though only moderately and not equally for all types of equipment, according to a series of surveys commissioned by Italian rental association Assodimi.

Three surveys were conducted: one in the first month of lockdown, one during the reopening phase, and another after reopening. 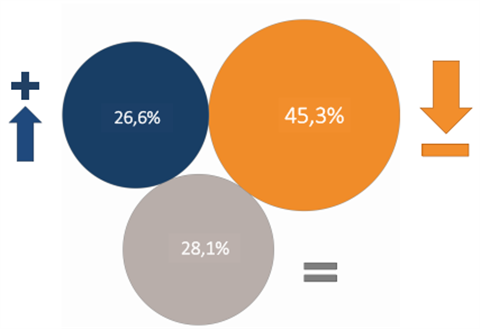 For the period between May and June, 26.6% of respondents said activity was up on the previous year, while 28.1% suggested activity was on a par with last year.

During this period, on average respondents said activity was down by between 0 and 10% compared to 2019.

In June, for the first full month after lockdown, 70.3% of respondents saw an increase in turnover compared to the previous month. During this time, activity was reported to be up by between 10 and 20% versus May.

Equipment types with the strongest recovery rates include scaffolding and cranes, while the generator sector has seen a weaker recovery.

There was no reported increase in theft of equipment, but respondents said they had faced a greater number of issues relating to customer contracts.

The companies surveyed were primarily based in northern and central Italy, and together represented approximately 25% of total rental turnover in Italy.

There was a better response rate during the lockdown period than during the reopening phase, according to Assodimi.