Doosan has launched its new 9-Series line of forklifts for the European market with the inroduction of the first nine models.

The new Stage V compliant machines have capacities ranging from 3.5 to 5.5 tonnes.

They feature a G2 Doosan-built diesel engine and are said offer easier maintenance. Access to the engine and service areas has been improved with a side panel and floor plate that do not require any tools to open and an engine hood that opens to a 70˚ angle.

The models also have improved visibility, speed limits and LED lights, which it said were brighter than traditional sealed beams or halogen lights.

According to the company, the total cost of ownership for its 9-Series forklifts is 71% less than that of its previous range over a five-year period.

Further models in the range are due to be release later this year, with capacities of between 2 and 3 tonnes, followed by higher capacity models in 2021. 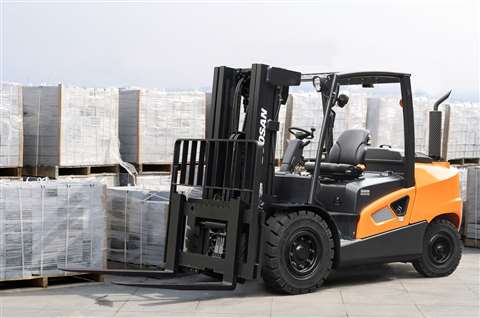