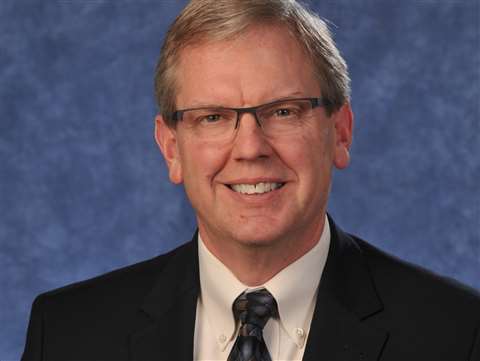 Results of the US presidential election are in but remain contentious, and opinions and theories abound on what a new administration will ultimately mean to the future of the American economy.

KHL had the opportunity this week to discuss these matters with Frank Nerenhausen, president of access equipment manufacturer JLG Industries Inc., who voiced caution and concern over the chief issues facing the US.

”I don’t think JLG is alone in our desire to see 2020 in the rear-view mirror,” says Nerenhausen. ”Businesses thrive in an environment of predictability and 2020 has offered very little in that regard. The combination of a persistent threat posed by Covid-19 and a contentious election left many in a cautious frame of mind as we entered into the final quarter of the year.”

While the election is over, it’s far from settled. At the time of writing, President Donald Trump has filed numerous lawsuits challenging results in some states and his supporters are protesting, and in many cases denying, Senator Joe Biden’s victory. Meanwhile, the US is seeing a record-breaking number of new cases of Covid-19 daily, calling the nation’s approach to the pandemic into serious question.

”With the election nearly behind us, the resurging Covid rate continues to be the largest single threat to a robust economic recovery in 2021,” Nerenhausen states.

The US is, in fact, in recovery mode, but the rate of recovery has been inconsistent. ”The phenomenal sequential growth rate seen at the end of the third quarter was a sign of comfort that recovery was underway, but few expect that to be repeated,” Nerenhausen says. ”Nonetheless, the recovery has started. Fundamentals are steadily improving, and in the absence of a destabilising force, a steady growth rate for our economy seems almost obvious. Regrettably, we have two potentially destabilising forces.”

Regarding the election, which Nerenhausen notes is still being contested, it’s necessary to look at the past to get a sense of where the future is headed.

”I think history would tell us that the make-up of Congress and White House leadership are predictors of what we can expect from a post-election outcome,” he says. ”History would suggest that the poorest-performing [US stock market index] S&P 500 between 1933 and 2019 was when the make-up of government was a unified Democratic Congress with a Republican president. This was followed by the second worst-performing S&P 500 under a unified Democratic Congress with a Democratic-controlled White House. After those two configurations, all combinations of partisan control produced improved, and largely consistent, performance in comparison.”

Results of the election indicate the US House of Representatives will remain under Democratic control, while control of the Senate is still in question but projections suggest it will remain Republican.

“Given the current state of elections, combined with more stimulus, greater infrastructure spending and a renewed commitment to investment in public and private projects that have been delayed, it seems at least probable that we may be faced with one of the higher-performing political combinations,” says Nerenhausen.

He concludes, ”When thinking about these items in totality, JLG heads into 2021 cautiously optimistic.”