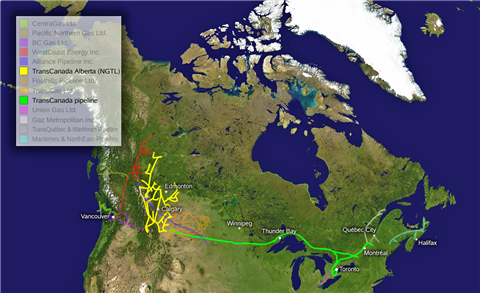 Following a change in circumstances, Canadian energy company TransCanada has said that it will no longer be proceeding with its CAD$12 billion (US$9.5 billion) Energy East Pipeline and Eastern Mainline projects in Canada.

Giving thanks to various organisations, customers, governments and Canadian citizens who supported the projects, Girling added, “We will continue to focus on our CAD$24 billion (US$19 billion) near-term capital programme, which is expected to generate growth in earnings and cash flow to support an expected annual dividend growth rate at the upper end of an eight to ten per cent range through 2020.”

As result of this project’s termination, TransCanada was said to be reviewing its approximately CAD$1.3 billion (US$1 billion) carrying value, which includes an allowance for funds used during construction capitalised since inception. The company estimates that a CAD$1 billion (US$796.6 million) after-tax, non-cash charge will be recorded in its fourth-quarter results.

In light of the project’s inability to reach a regulatory decision, no recoveries of costs from third parties are expected.