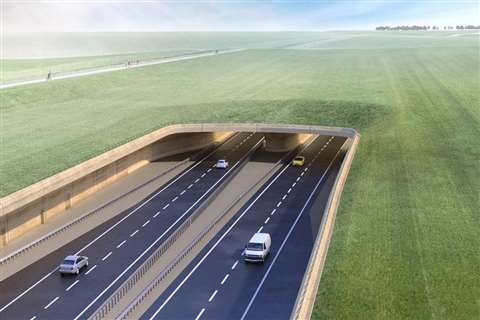 An ambitious project to build a road tunnel beneath the historic site of Stonehenge in the UK, has been declared unlawful by a British judge.

Campaigners against the project said the ruling should be seen as a “wake-up call” for the UK government, which should have considered a longer tunnel, ensuring the World Heritage Site remains undisturbed.

The judge’s ruling reverses the development consent for the €2 billion 3.3km twin-bore tunnel project, which would have run in sight of the famous stone circle.

The Stonehenge Alliance had been fighting for a deeper tunnel, running for no less than 4.5km.

Highways England, which had proposed the project, said, “This is a setback, but we remain confident our project is the best solution to the ongoing issues along the A303 past Stonehenge and was developed after a long and extensive collaboration with our key stakeholders.

“We are hugely disappointed by the decision, and we know this will also dismay many people in the local community who have waited decades for a solution and all those who use the road to travel to work or on holiday in the south-west.”

John Adams of the Stonehenge Alliance, said the organisation had long campaigned for a longer tunnel “if a tunnel should be considered necessary.But now that we are facing a climate emergency, it is all the more important that this ruling should be a wake-up call for the Government.

“It should look again at its roads programme and take action to reduce road traffic and eliminate any need to build new and wider roads that threaten the environment as well as our cultural heritage.”