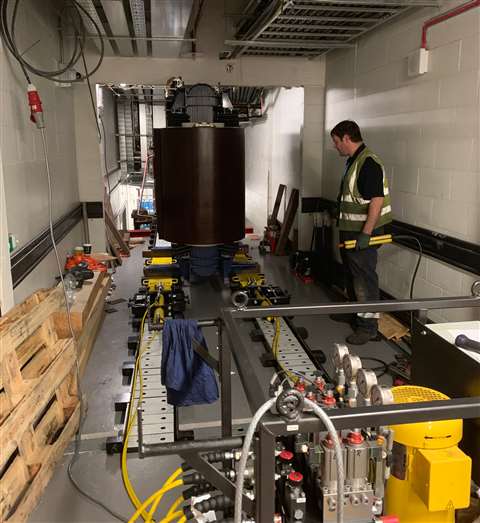 Two of the transformers were located in the building’s basement where access was through a service corridor and involved negotiating a three metre drop to reach their location. Turners used a platform supported on spreader beams and Enerpac climbing jacks and cribbing to raise and lower the transformers. Moving the 4 metre long, 2.2 metre high and 1.8 metre wide transformers between the platform and along the 20 metre access corridor was facilitated with the Enerpac LH400 system, providing an efficient method of skidding the transformers in the space available. “The LH400 skidding system was ideal for this application. It was easily transported to site and laid out in the access corridor. We used an Enerpac split flow pump to control the skidding operation,” said Lee Turner, director, D. Turner & Son.

Part of the Enerpac HSK-Series Skidding Systems range, the LH400 skid beams can fit in tight spaces, as small as 92 mm, while still offering up to 400-tonne skidding capacity with two push-pull units. The modular design comprises a series of skid beams allowing quick setup. Loads are moved by hydraulic push-pull units, travelling over special PTFE-coated pads placed on the skid tracks to reduce friction.

Enerpac offers several options for controlling the LH-Series skidding system including manual control and wireless control allowing the operator the freedom to view the skidding operation from multiple locations while providing complete control of all system functions. 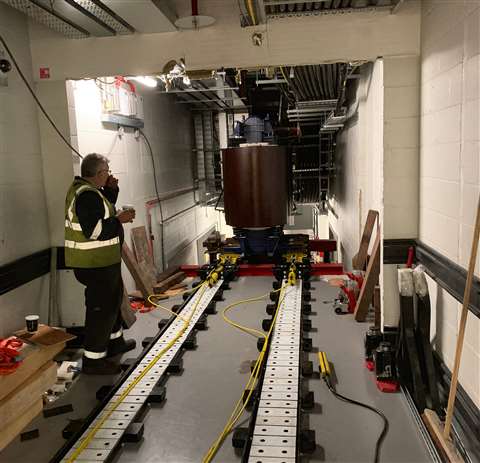 The LH400 skid beams have a skidding capacity of 400 tonnes