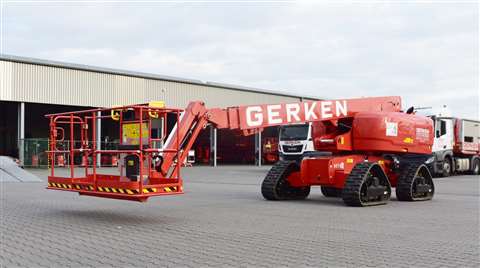 Germany-based Gerken Rental has expanded its fleet of boom lifts by almost 200 units.

The new machines have working heights ranging from 15.72m  to 43.15m and feature Genie’s new Stage V engine. The engine features smart regeneration technology, which monitors soot build-up in the engine’s DPF and alerts operators when regeneration is needed.

The models also include a chassis tilt sensor that automatically cuts lift and drive functions when the tilt activation setting is reached. This enables the boom lifts to restrict their range of motion based on the ground angle and maximises access in hard-to-reach work areas.

Lioba Herrmann, marketing manager at Gerken, said, “The main benefit of Genie XC telescopic booms is their high lift capacity. For us however, the second decisive reason for our purchase is the performance of the chassis tilt sensor.” 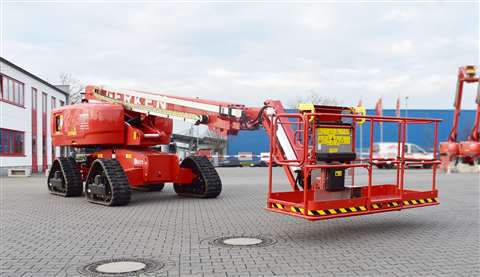