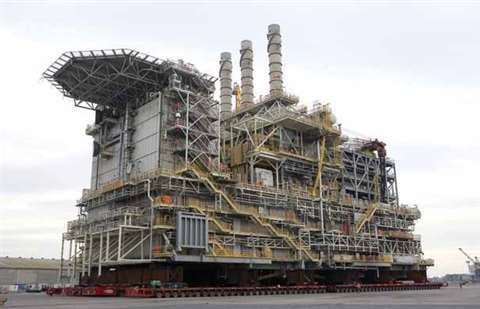 Abnormal Load Engineering Limited (ALE), formed in 1983, is headquartered in the UK and has offices around the world. New offices have recently been opened in Qatar and Brazil. A major development thi

In its first three years the IC Transport 50 has reached maturity, at least in numerical terms.IC acknowledges that the list could be far from complete, meaning that there is room for further expansion and refinement. This takes time and relies on reader input.

The ranking is based on information supplied by the companies in the table. The major criterion is the total transport capacity of a company's fleet in metric tonnes. That is based on more detailed information with regard to the types and capacity of trailers in the fleet. In general a distinction is made between heavy and specialized transport by road and on jobsites.

On-site movements generally require trailers and transporter systems with a substantially higher capacity than the trailers for highway use. In this segment loads tend to weigh from hundreds, up to thousands, of tonnes. In many parts of the world modular trailers have become the standard for site transport, whereas those modular trailers are also used for the heavier type of load moved by road. Mainly due to road regulations and weight restrictions on bridges, the US market applies, to some extent, so-called dollies for those top end road movements.

In heavy and specialized transport by road the 100 tonne mark forms about the limit for day-to-day moves. Another, very important, criteria for road type trailers are their capabilities to load as long, high and wide a load as possible, within the road regulations and physical limitations of the route.

The required information for the T50, divided in the two main segments and further detailed as to the capacity per type of trailer and transporter, is collected on a standard entry form. As far as we can, we verify the provided information to produce the most accurate listing, but we cannot guarantee it.

The top three of the T50 remains unchanged in its ranking, led by Mammoet in the Netherlands, followed by Fagioli in Italy and then ALE in the UK. Remarkable is the fact that Mammoet has added around 10,000 tonnes of capacity since last year's list. In doing that the worldwide operator has broken through the 100,000 tonnes mark. By reaching the unprecedented total capacity of 105,664 tonnes, it has also further widened the gap to the number two and three companies, although, ALE, for example, added a substantial 9,000 tonnes of modular transporter capacity.

Big Move from Germany lived up to its name by entering the top 10 at 6. Compared to its previous listing the 13-strong group of family-owned heavy and specialized transport companies heavily invested in over-the-road trailers, adding a capacity of some 8,700 tonnes. A second new entry in the top 10 is Al Jaber at 9. The UAE-based company also substantially boosted its road trailer capacity since last year.

Other major top 10 changes see Sarens, Locar and Barnhart each climbing two places. In part this is due to Dawes Specialized Transport adapting its trailer capacity and subsequently leaving the top ten. Both Sarens and Barnhart added substantial SPMT capacity.

Allelys is the highest new entry, at 17, with a total fleet capacity of 6,390 tonnes. The company is one of two new entries from the UK. Allelys is mainly active in heavy and specialized transport by road in the UK and to and from the mainland, but it also operates modular trailers both for road and site transport.

The second highest entry comes in at 21. Dutch company Wagenborg Nedlift has traditionally been strong in both road and site transport and also project-related cargoes. As part of the further development into projects, the company has invested in 28 lines of Scheuerle SPMT. At 26 in the table is the third highest entry, UK-based R. Collett & Sons. This also is a company that focuses mainly on heavy transport by road. Due to its substantial capacity in modular trailers, however, Collett is also specialized in project cargoes.

The remaining nine new entries from around the world start at the 3,990 tonnes mark. Swiss company Friderici enters at 30, followed by Berard Transportation in the USA and Freight Wings in India, at 33 and 34, respectively. The latter two companies have new SPMTs in their fleets. Berard was the first to buy the new Goldhofer PST/SLE while Freight Wings recently bought the third generation Scheuerle. At 38 and 39 are another two newcomers - TTS International from the UAE and Kübler Spedition in Germany.

In the under-2,000 tonnes sector three companies enter in consecutive positions: Specialized Transport Service (STS) from the USA at 45, Vanguard Rigging in South Africa at 46 and the MOF Company in the Philippines at 47. Gruas ABC from Mexico completes the new entries at 49 with a total capacity of 970 tonnes.

Due to the many new entries, mainly in the capacity range from 1,000 to 4,000 tonnes, a number of companies dropped in the ranking. Most notably is Superior Transportation in the USA, which landed at 48 from 22 in 2006. Closing the T50 list is Caribbean Heavy Lift & Transport in Aruba.

By reaching the 50 companies mark in the T50 this year, a target is set for the next three years. In response to the fact that the current list has room for improvement and growth, the aim is to reach the 100 listing mark by 2010. Readers of the T50 who either own, work on behalf of, or know about, a company entitled to enter the list, are encouraged to contact the editor at the usual address. We will be only too happy to provide you with a T50 application form. It is only with your help that IC can continue to expand and refine the list. 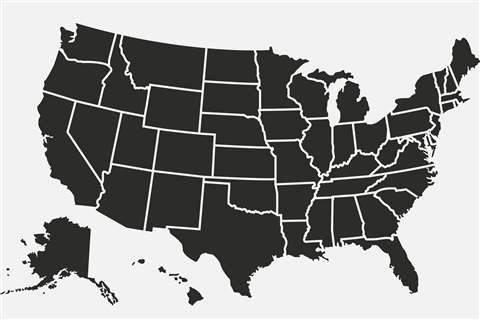 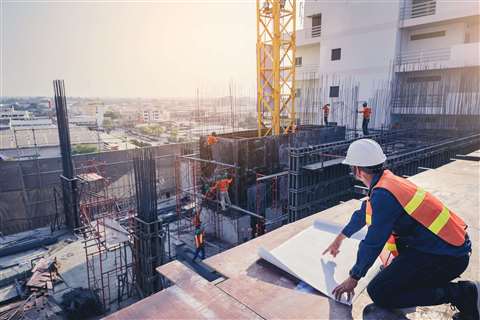