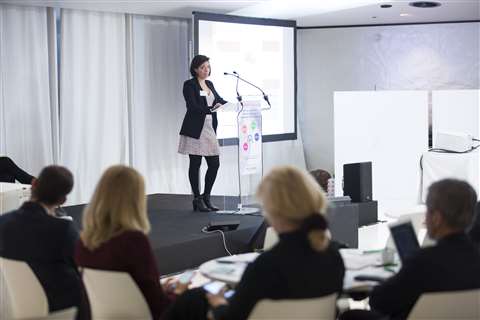 It is estimated that €970 million in investment will be required for trans-European networks in the transport, telecommunications and energy sectors for the 2014 to 2020 period – with €500 billion needed for transport.

The figures, originally from the European Commission, were presented by consultants Ernst & Young at the Concrete Dialogue in Brussels, Belgium – the latest conference staged by the Concrete Initiative.

Solenn Craff from Ernst & Young said that ramping up infrastructure investment over the next decade in line with economic needs could add 0.6% to global GDP (gross domestic product).

She cited the two current public programmes of the Connecting Europe Facility (CEF) and the European Fund for Strategic Investment (EFSI), but said they were designed to cover only 4.8% of the estimated needs for European infrastructure up to 2020.

“The needs for infrastructure in Europe are tremendous,” she said, adding that public and private financing would be necessary.

Successful financing of infrastructure projects relied on various elements, she said. Despite substantial investments from the European Union, she said that some of the budget allocations for trans-European projects, such as the CEF, were “sometimes not aligned with the volume of technically eligible proposals, which can thereby result in rejecting high-quality and major stakes project proposals”.

She said a pipeline of mature projects should be built. Once the relevant and policy-compliant projects were identified, she said they should be improved and taken to the expected level of maturity.

For private investors, it was a case of restoring confidence, Craff said. According to the CEF assessment report, she explained, experts deemed that the current available funding was insufficient to trigger leverage effects at a national level, and so induce private investment.

She said a multiplier of this sort could only be obtained once confidence was restored among private investors.

The major barriers for private investors include the fact that most of them are seeking short-term interests, she added.

Also, a mismatch exists between the desired risk/return profiles and investment horizon of private funds, such as sovereign, equity or pension funds, and opportunities offered in the infrastructure financing area.

She said the reinforcement of tax incentives and risk transfer mechanisms, such as guarantees and first equity loss on investments, could help reduce such a gap between investors and potential beneficiaries. 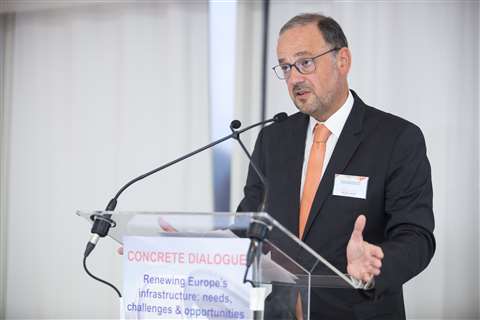 Leite, “Europe is still recovering from the financial crisis”

Another barrier identified by Ernst & Young was that institutional investors were relatively new to the sector. Also, the structure of the projects was not adapted to accommodate private financing, she said.

There was a need to set up predictable regulations, she added, especially in sectors such as energy and utilities which depended heavily on regulation. Investors require transparency, clarity and availability of data for infrastructure projects, she said, and she pointed out that this information had to be sufficient to assess core project risks.

She gave the example of what has been happening in Canada, where she said an unambiguous political commitment to the PPP (public-private partnership) model had been demonstrated by providing legal, administrative and financial support to projects procured as PPPs.

Craff said that the Canadian model had seen continuous opportunities offered with a clear pipeline of projects driven by multi-year infrastructure plans at all levels of government.

It has been benefiting from the emergence of a PPP project bond market since the financial crisis, providing efficiencies in financial structures and eliminating refinancing risk.

Innovation had been pursued in risk allocation and procurement, and efficient procurement had been achieved through standardised documentation, condensed procurement timetables and market familiarisation.

PPP development has been encouraged at municipal level, she said, and there had been a commitment to delivering projects on time and within budget.

In summing up the challenges of infrastructure investment, Craff said that it was not only necessary to address both the operational needs of the Member States and the basic needs of its population, but it could also represent a real boost to help achieve growth recovery.

In spite of a strong public mobilisation within the EU, partly offsetting the decline in domestic investment, she said budgets remained insufficient, given the ever-increasing amount of investment needed to face coming decades.

She said one of the current mechanism’s hurdles was the stiffness of its procedures. What is required is more flexibility, she said, to release funding streams effectively throughout the project lifecycle.

Then there was a need for project preparation, she said, which was explained as reaching a high degree of maturity ahead of seeking funding opportunities, to prevent any later hindrance.

She advocated strengthening private investment by increasing the infrastructure project sector’s attractiveness, integrating both market criteria and risk/return on investment notions into the project evaluation.

She concluded by saying that the development of infrastructure in Europe would reply on a positive loop, and this would be based on the achievement of flagship projects, the efficient management of all projects, and the construction of infrastructure with quality levels that matched EU requirements.

Opening the conference, Gonçalo Salazar Leite, president of Cembureau, one of the associations behind the Concrete Initiative, highlighted the infrastructure needs of Europe.

He said that while there were big plans for infrastructure in the US, China still had more in the pipeline than the US and Europe combined. He pointed out, though, that Europe was still recovering from the financial crisis, and that the Juncker Plan (Investment Plan for Europe) had a strong emphasis on infrastructure.

Gwenole Cozigou, director of industrial transformation and advanced value chains at European Commission’s Directorate General (DG) GROW, admitted that Europe was a challenge, but saw the importance of investing in infrastructure, saying it was “an enabling instrument for industrial development”. 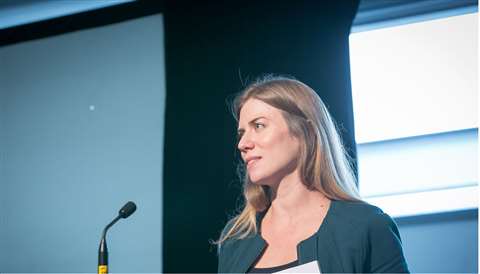 Blanchard-Brunac, “Juncker Plan has the potential to bring investments back in line with historical norms”

Another European Commission speaker, Laure Blanchard-Brunac, adviser to the director of treasury and financial operations at DG ECFIN (economic and financial affairs), was given the chance to focus on the opportunities.

She said the €315 billion Juncker Plan had the potential to bring investments back in line with historical norms.

A central aspect of the plan, she said, was the establishment of the EFSI.

She said that with EFSI 2.0, the next step was to extend the duration of and increase the firepower of the EFSI to mobilise at least €500 billion by the end of 2020.

Among the planks helping to make the finance reach the real economy is the European Investment Project Portal (EIPP) at ec.europa.eu/eipp, which is designed to help with matching investment opportunities proposed by project sponsors with investors’ interest.

It is described as a bridge between the EU’s investment opportunities and potential investors. It went live in June 2016, and currently has more than 160 projects online.

Sustainability in construction was discussed by Davide Stronati, group sustainability manager at Mott MacDonald, who said that an improvement in efficiency and productivity was needed.

He highlighted smart infrastructure and said there was a need to make sure that data was processed, and sense was made of that data, “so better decisions are made”.

He said that there were €1.6 billion a year in savings to be made.