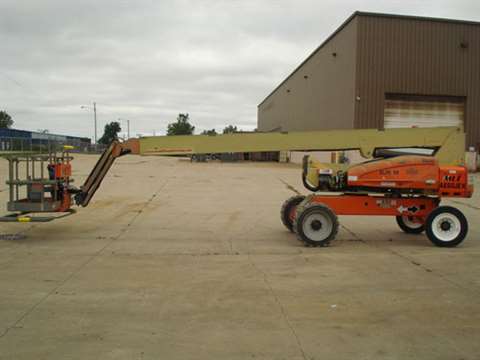 MLE has expanded its explosion-proof line with the introduction of its AE60JEX.

The engineers at Man & Material Lift Engineering (MLE) have done it again. Expanding upon their hazardous environment boom line, the company has released its AE60JEX explosion-proof lift. The boom was originally used in an aircraft painting facility until the safety manager realized it was not safe for hazardous environments, MLE said. "We were contacted with a request to upgrade the existing machine to Class 1 Division 1 ‘EX' rating," the company said.

MLE offers an EX series of booms that are designed for Class I, Division 1, Group D hazardous environments. All of the platforms are self-propelled and feature electric powered controls.