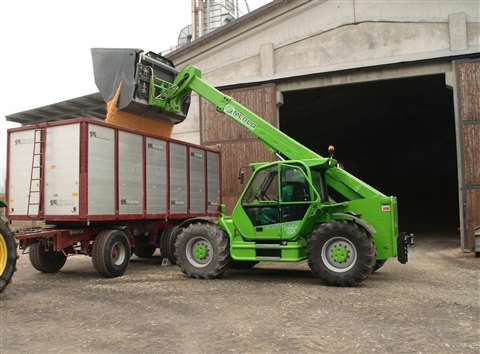 Merlo has expanded its fleet of telehandlers by introducing the Panoramic 55.9CS

The telehandler features a Deutz 140 hp turbo motor, an anti-torsion steel belt, class 1 hydrostatic transmission and 360-degree visibility. According to Manulift, the unit's boom has an independent hydro-pneumatic suspension and an exceptionally soundproof cabin which gives operators more comfort during longer working periods.

The first Panoramic 55.9CS was delivered to Alsace Holstein Farm in Quebec and a second shipment is on its way to Manitoba. The capacity and range of the telehandler make it popular with not only agriculture sectors, but also recycling centers and heavy construction.