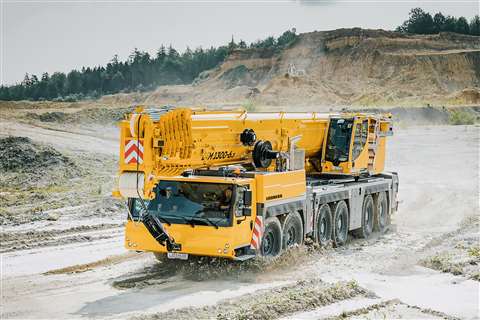 Its maximum hoisting height is given as 120 metres. Typical target applications are erecting tower cranes and tall aerials, plus wind turbine maintenance.

While it can run at 12 tonnes per axle its boom and the outriggers are designed for easy removal where reduced axle loads are required. Its tele-separation feature allows removal of individual telescopic sections from the eight section boom. Using this feature means a gross weight of less than 60 tonnes and axle loads below ten tonnes can be achieved.

A self-assembly version of the tele-separation system requires no auxiliary crane and can also be used with other models, for example, LTM 1650-8.1 and LTM 1450-8.1.

It has one 455 kW engine and the Ecomode, Ecodrive, VarioBase Plus, VarioBallast and Auto-Ballast features. Drive is via a 12-speed ZF TraXon automated manual gearbox with torque converter.

Lattice jibs available include 11.5 to 20 metre double folding jib, two 7 metre lattice sections to extend the telescopic boom, a 39 metre fixed jib and a 43 metre hydraulically adjustable jib. Some of the sections can be used on other cranes.

A new option is a central lubrication system for 24 points on the chassis. 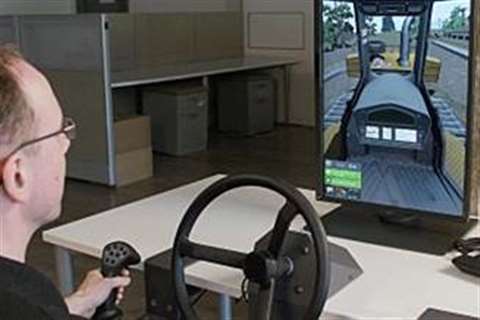 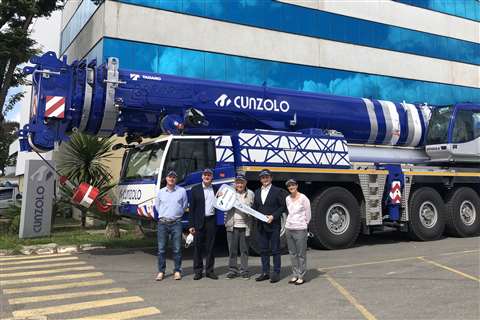