UK animal welfare charity, the Royal Society for the Prevention of Cruelty to Animals (RSPCA), used a portable gantry made by UK gantry and davit crane manufacturer Reid Lifting to help rescue a seal pup that was trapped by boulders on a beach in South Wales.

The 5 tonne working load limit (WLL) Porta-Gantry system was erected above the seal and used to remove boulders weighing approximately 3 tonnes. The gantry was erected on uneven ground and so it was mounted on timber chocks to level it out. The surrounding boulders were drilled and fixed into position to prevent cave-in during the rescue.

According to Nic de Celis, an inspector for the RSPCA, “The modular-type, specialist-lifting gantry was integral to completing this rescue. I was amazed how straightforward it was for one operator to lift such a heavy boulder utilising this equipment. We’re very grateful to the RSPCA’s Llys Nini branch, which kindly contributed funding towards the hire of the equipment. The whole rescue was a real team effort, and something I am immensely proud to have been involved in.”

The gantry was hired from UK company Lifting Gear & Safety, which specialises in the hire, sale and servicing of lifting, marine and safety equipment provided a portable gantry. Gary Moorhouse, director at Lifting Gear & Safety, said, “The rescue team quickly identified a need for an overhead lifting solution to remove a large boulder and a crane wasn’t an option due to the nature of the location and environment. We frequently supply Reid’s gantries for diverse applications, but this was the first time that one has been used for a wildlife rescue such as this.” 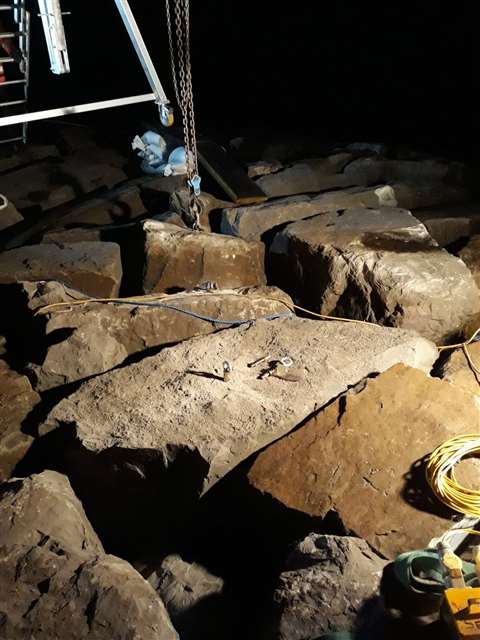 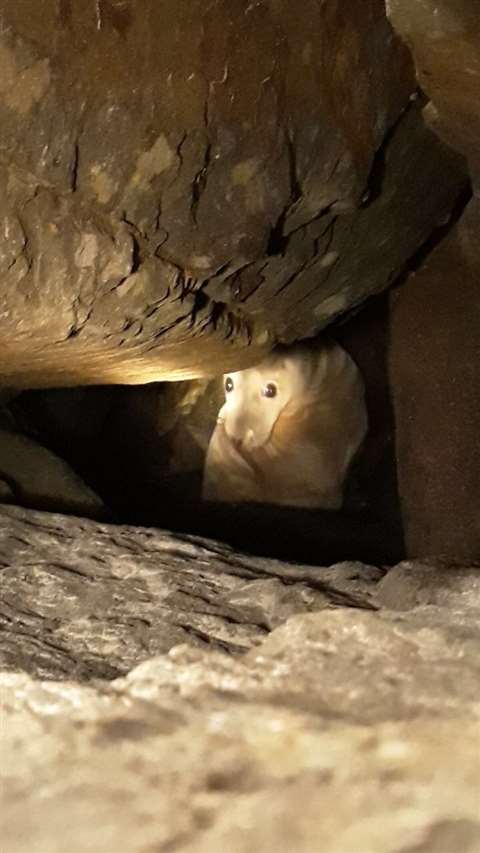 The seal was trapped approximately 10 ft. beneath the surface of the rocks 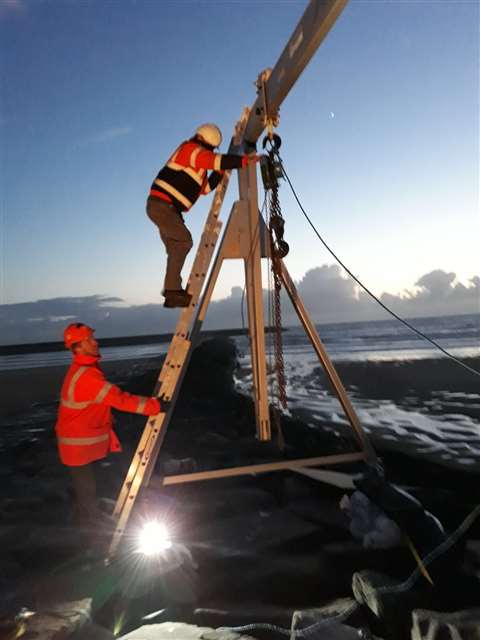 Safely lifting the boulders was the cornerstone of the rescue operation 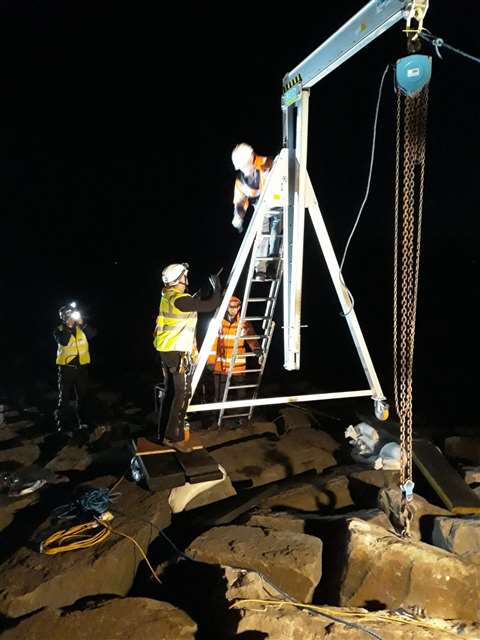