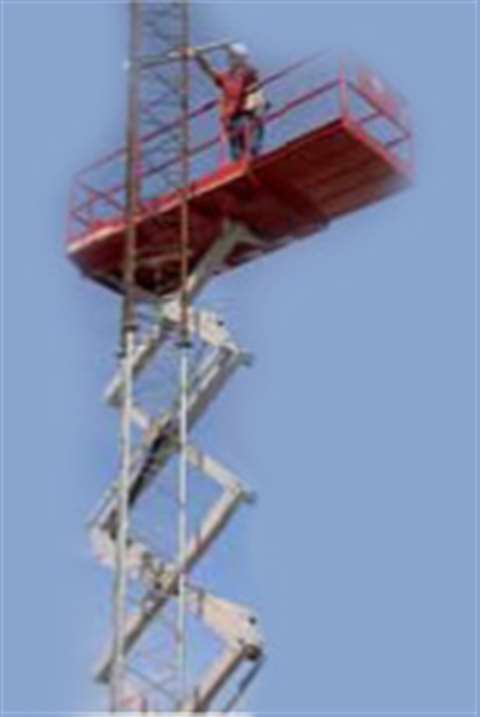 Expect lots of interest on the access front at this year's Rental Show, with significant new machines on show from companies Including Aichi USA, MEC, Snorkel and JLG. Look out also for an interesting new scissor design from New Jersey-based Airtrax.

Although not matching the number of exhibit booths as it did last year, the ARA will certainly make up for the loss with the increase of square footage. The association has announced that exhibit space at the Rental Show has sold out, with more than 650 companies on display at this year's event held at the Mandalay Bay Convention center in Las Vegas. The actual trade show, held February 12-14, will cover 354,000 square feet. The ARA announces that altogether, the show will have more than 17 acres of floor space.

The heavy construction and light construction/general tools booths will be in the Bayside exhibit halls on the convention center's first floor.

Although the Rental Show predates this year's Conexpo event in March by one month, the trade show in February will be an excellent chance to set a sneak preview of some of the models on display at this year's largest construction event in a smaller, more intimate setting.

Last year, Japanese manufacturer Aichi announced that it wanted its export sales to rise from 10% of total sales to around 35% for the year to March 2011. The much anticipated machines that will launch a major export drive will be unveiled at The Rental Show: two telescopic booms and two electric scissor lifts. These are the Skymaster SP12C and SP14CJ (SP400C and SP460CJ in North America) telescopic booms and the Skytower SV06 and SV08 (SV2032 and SV2632) scissors. Aichi plans to build a production plant in Columbus, IN with production to begin at the end of this year. Investment in manufacturing has also been made at Snorkel and the company will be showing eight machines, many of which are models from its now sister company, UpRight, that will now be made by Snorkel and sold under the Snorkel banner following Snorkel's acquisition by Tanfield Group, owner of UpRight.

At the Snorkel booth, you can see: the TM1230 compact battery mast lift; S2633, SR2684SL and SR3084SL scissors; M2032J and M2639J mast lifts and AB38N and AB38W self propelled booms. UpRight is showing the TL37 and TL49K 43 foot articulated trailer mounted lifts which it has started manufacturing in Fresno, CA. A TL34 entry level machine will soon join the range.

Genie has hinted at developments but has yet to disclose details: attendees can expect to see the GS-3232 self propelled scissor lifts and the redesigned GTH-1048 and GTH-1056 telehandlers which were launched last year.

JLG is sharing a little more: the enhancements to the ES Scissors lifts will be of particular interest to the rental market as will the company's new super compact telehandler G5-18A.

Mustang will be on hand displaying its Value Series Model 519 telehandler, the closest the company has to a compact unit.

Although some manufacturers like to keep their new developments under wraps until the opening day, MEC Aerial Work Platforms has announced the launch of several new products at the Rental show. The MEC 3772RT HD is a mid range, heavy duty, rough terrain scissor lift, and the MEC 3072ES and MEC 3772ES are large electric scissors which first rolled off the assembly line in October 2007. MEC is also entering the boom lift market with the M40T 40 foot telescopic boom, the first in a series to be introduced between now and the end of 2010.

Bil-Jax will be showing several of its newly launched X-booms: the 36XT telescopic boom and the 45XA articulating boom. Also on show are the summit Series trailer mounted booms including the most recent launch 2622T a telescopic boom with 32 feet, 6 inch working height and the Bilax Yellow scaffolding.

Definitely worth a look is Airtrax's omnidirectional technology. It is primarily a wheel and drive design that means the platform can move very precisely in any directionAirtrax is introducing a range scissor lifts using the technology: the Cobra scissor lift line consists of five models and the first to be introduced is the ATX-3247. The machine is controlled with a joystick and will travel in the direction that the joystick is pushed.

Third-party supplier for telehandler attachments Star Industries will bring several of its products at this year's show. Its Lift-N-Tow model 1390B attachment, fitted on standard forks, is used to lift and load material from the job site onto the transporting vehicle when hauling away. The unit, which slips easily on universal forks, has a 10,000 pound maximum capacity. The company's Universal-Fit Lift Hook is capable of lifting 10,000 pounds. The hook point is located at the standard 24 inches load center between forks, designed for use on both straight masts and handlers. Its chain and grab hook secures the Lift Hook to the forklift.

Trailer specialist Up-N-Atom will be demonstrating its Retriever Model 15T equipped with the new No Idle System, a feature that allows the truck bed to load and unload payloads up to 30,000 pounds with the truck's engine off.

Systematic will be launching a completely new rental software concept during the ARA tradeshow. The new product, as marketed under the Texada Software brand, has been designed to provide software solutions to any sized rental operation.

This year there are almost 60 companies exhibiting for the first time. In addition to all the booths, please visit the KHL Group stand (5548) and pick up the latest copy of American Lift and Handlers, Access International and International Rental News and – enjoy your exhibition.