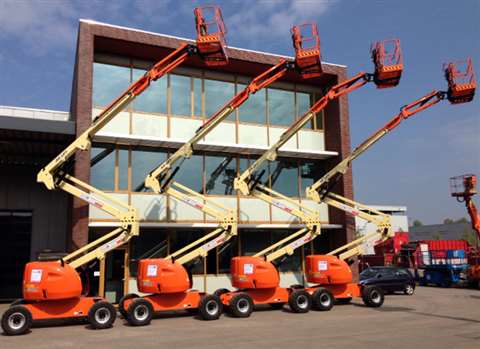 Rental companies Riwal and HWS have finalised a deal in which Riwal will supply HWS with JLG aerial work platforms. Riwal is the JLG distributor for the Netherlands.

The HWS deal consists of a range of JLG machines, including boom lifts, such as 1250AJPs and 1350SJPs, as well as 1230ES scissors. In addition, HWS has purchased two Hybrid 340AJ articulating boom lifts.

Toby van de Kooij, owner at HWS, said, “Despite the offer of different brands we still choose JLG for the quality and consistency the brand is offering. Combined with our long running relation with Riwal we were able to purchase some unique units such as the H340AJ.”

Arjen Snijder, Riwal’s international sales manager, added, “After an already long and committed relationship this new order reconfirms the trust HWS has in Riwal and the quality of its equipment. We are pleased to deliver so many quality units to one of the major aerial work platform rental companies in the Netherlands.”