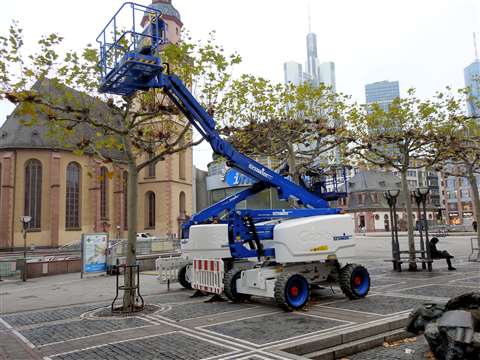 Schmidt rental said the investment is in response to increased customer demand for high-performance, low-noise, and reduced- and emissions-free aerial solutions adapted to facilities maintenance and long-term construction and industrial applications.

Markus Wondra, sales manager, Schmidt Rental, said, “To start with, many customers think that hybrid technology is a bit of a two-way street. They tend to see it as a compromise between diesel and electric, which leaves them sceptical as to the machines’ real capabilities.

”This is why we promote hybrid proactively to draw our customers’ attention to the advantages. Once they understand how the concept works, they try it, and as soon as they do, they are immediately convinced. So much so that the next time round, they actually ask us for a hybrid machine, hence the rise that we have experienced in terms of demand for this technology.” 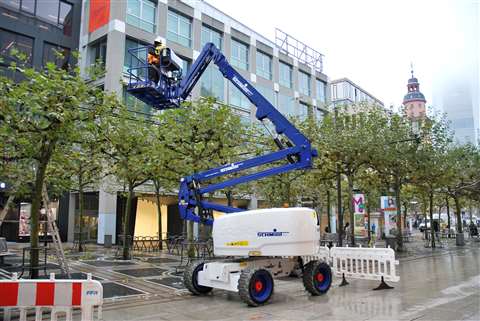 Wondra goes on to say that true hybrid equipment, that can be operated using electric or diesel engine power independently, as offered by Genie, provides several advantages for end-users and rental companies. ”End users can cover the whole project from start to finish rather than renting a diesel model for the initial outdoor construction and an electric unit for finishing interior work. The fuel consumption of hybrid booms used in electric mode is also lower than their diesel-powered counterparts. Because many construction sites have electricity readily available at no additional cost, the fuel cost savings are an important benefit. On the other hand, on construction sites, long distances must be covered and diesel operation remains indispensable.”

If the batteries run low or flat the machine can be switched to diesel mode, which allows the unit to continue working while the batteries recharge automatically. ”Hybrid units are also less maintenance intensive, since they are generally operated in electric mode, maintenance intervals for the diesel engine are longer and filters need changing less often, which reduces workshop time and costs,” added Wondra.

Apart from noise and emissions-restricted sites, notably in the facilities management sector, and long-term general or industrial construction, there are other applications for hybrid equipment. “Our Genie hybrid boom lifts and electric scissor lift are perfect for lighting on film locations, such as on the well-known Tatort series by Hessischer Rundfunk for which they are currently in operation in the Rhine-Main area,” concluded Wondra.