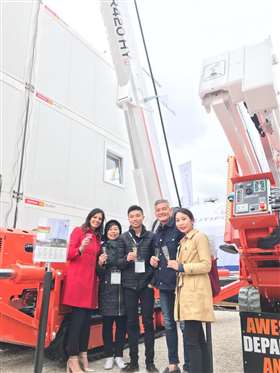 The order for the R420HY was placed at Bauma in Munich and joins another R420 Easy Lift unit at Shing Fung. The HY version is an upgrade from the manufacturter’s previous R420 model, and apart from being a hybrid version it is also equipped with a remote diagnosis system.