Ecuadorian heavy transport company Transportes Noroccidental has bought four Terex RT 100US rough terrain cranes. According to the manufacturer, Noroccidental chose this particular model because of its load capacities compared to similar sized units and the service support the company receives from its local Terex distributor.

The RT 100US has a 90 tonne capacity and a five-section hydraulic boom that extends to 47 metres. They will be used by Transportes Noroccidental for work in the oil sector.

“We own several Terex crane models and are happy with the performance and durability of these machines,” said Edgar Fabian Andrade, CEO of Transportes Noroccidental. 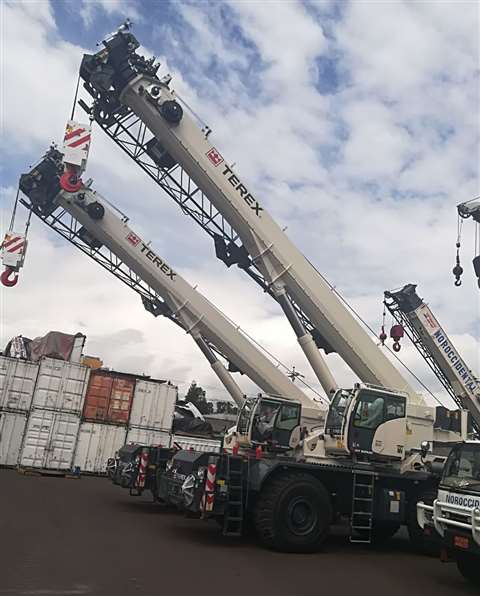