Werne, Germany-based crane, elevator and lift manufacturer Böcker Maschinenwerke reports increased use of its AK 52 truck crane for the erection of new 5G mobile communication antennas, and the conversion of older mast technology, particularly from The Netherlands.

According to Böcker, network operators are currently fast-tracking the installation of 5G antennas across The Netherlands and it is this that underpins the AK 52’s popularity. 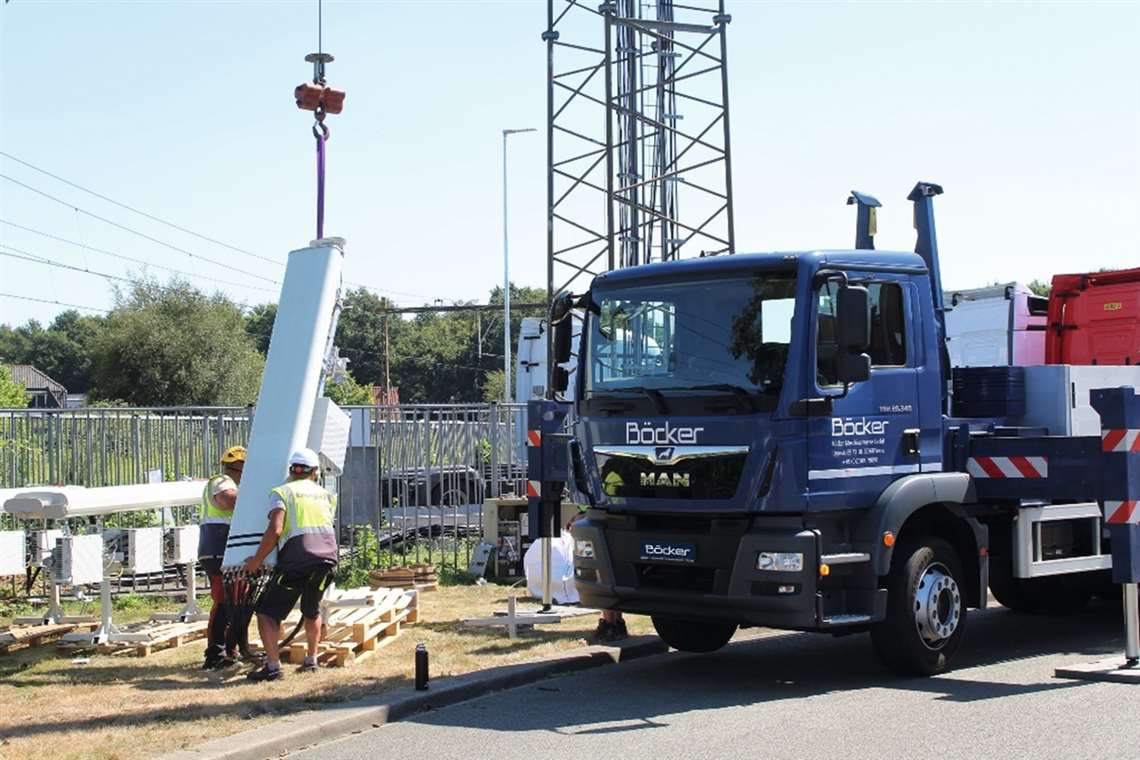 The AK 52 is well-suited to the task, said Böcker. The crane’s extension length of up to 52 metres and payload of up to 12 tonnes enables it to install the pre-assembled 5G antennas. The crane has a low dead weight enabling it to work effectively on grass, which surrounds many aerial sites while its compact footprint facilitates road-side erection jobs. This is helped by the crane’s small slewing radius, specific to this model, which means it can be used with the variable outriggers out on one side only, explained Böcker.

An automatic levelling function provides fast and safe crane set-up. Efficient setup and dismantling is important, the company stated, as the location is changed frequently. Related to this, the crane’s weight of only 26 tonnes on three-axles means it has low travelling and fuel costs. 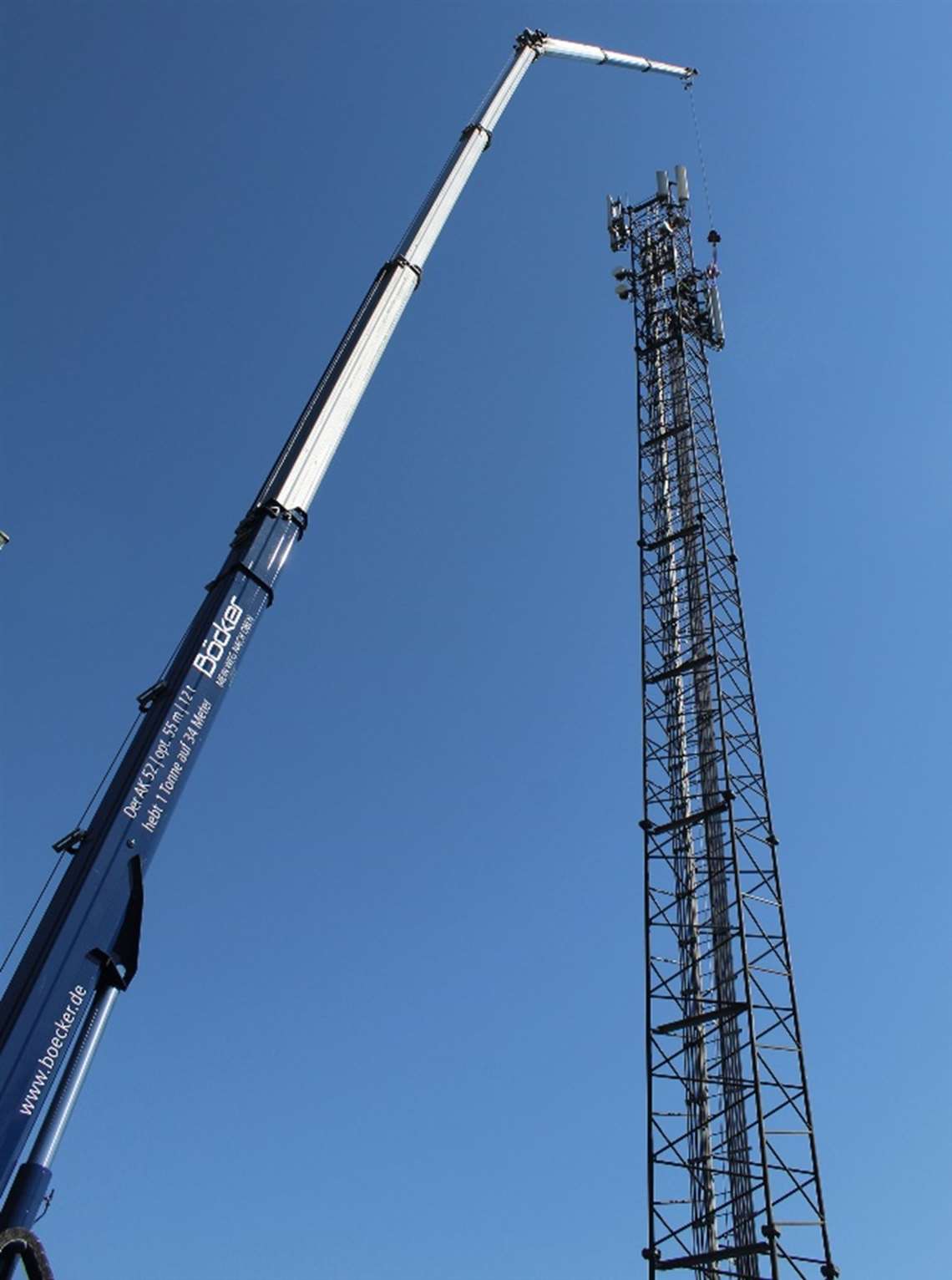 Precision placement of the 5G antennas is aided via Böcker’s Intelligent Computerbased Safety control system and a hook cam which broadcasts images to the crane operator’s radio remote control.